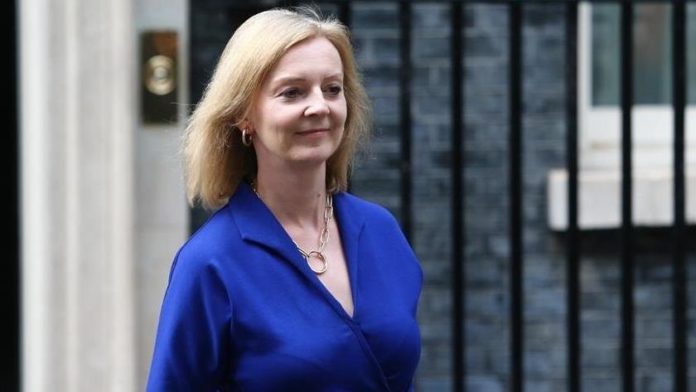 Speaking at a meeting with the deputies of the State of Duma, Russia’s lower chamber of parliament, Sergey Lavrov said he knows the exact date the sides will announce it simultaneously according to diplomatic practice.

“We have already agreed on a date, I just do not know what kind of protocol agreement we have there. It will be within two weeks,” Lavrov said.

Meanwhile, British Prime Minister Boris Johnson told lawmakers that Truss was leading the work to bring together the West and to prepare a package of sanctions on Russia.

US, allies ‘impose their own vision’

Lavrov dubbed the situation on the international arena “feverish” and said “deep, not positive changes” are taking place.

“Washington and its allies persistently impose their own vision about international life on the world community, calling all this ‘the need to establish and respect a rules-based order.’ Within the framework of this concept, the West arrogates to itself the right to develop rules in a variety of areas, completely ignoring the principle of genuine, universal multilateralism,” he criticized.

Only threats and challenges have been coming from the West lately, Lavrov further said.

As for Russia, the US and the EU “doubled their efforts” to detain the country as it resists their dominance and does not want to play by their rules, he said.

“It is enough to look at the conduct of increasingly provocative military maneuvers near our borders, the drawing of the Kyiv regime into the NATO orbit, the supply of lethal weapons to Ukraine, and NATO’s push for carrying out direct provocations against the Russian Federation,” he said.

The only way to overcome the Ukrainian crisis is to implement the Minsk Protocol, the minister stressed.

Lavrov accused the West of “escalating hysteria,” saying evacuation of the US diplomatic staff from Ukraine is part of it, and at the same time “pumps” Ukraine with weapons and pushes the country’s authorities to start a military operation.

He pointed out that the Ukrainian elite opposes the US in its opinion about a coming war, but the West “wants a real provocation aiming to bury the Minsk Protocol.”

Lavrov cited Russia-China relations as a good example of interaction on the international arena, saying that their “strategic cooperation” reached “a more advanced level than a traditional military-political alliance.”

Russia will outline its further steps in relations with the Western countries once it has received and evaluated the US response on security guarantees, Lavrov said.

If the response is not constructive, Moscow will take “reciprocal measures,” he said.

Russia will not publish the entire US response on security guarantees if asked, but will disclose its general terms, the top diplomat added.

“Americans are already saying: ‘You just don’t have to show this answer to anyone.’ If they have such an attitude to everything that is happening, we probably cannot publish an American document. But the essence of their reaction, the content of their reaction to our documents, of course, deserves that the public in Russia and in other countries be informed about it. I’m sure we can do it,” he said.

As for the possible sanctions, Lavrov said Russia is ready for any developments.

“All the Western colleagues are talking about is sanctions: we will punish you, you will attack, we will punish, we will save Ukraine, there’s going to be a hell to pay.

“We are ready for any development of events. We didn’t attack anyone, they always attacked us, always those who did it got what they deserved,” he said.