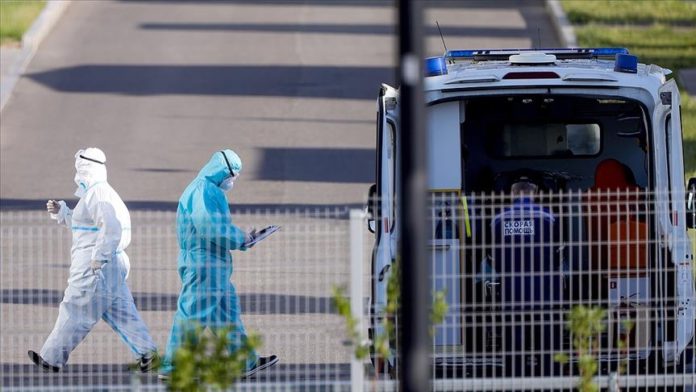 Russia on Tuesday recorded 652 more COVID-19 fatalities — the maximum since the beginning of the pandemic — pushing the death toll to 134,545, Russia’s coronavirus emergency task force said.

The country has seen a slight drop in the number of coronavirus cases, with 20,616 new infections in the last 24 hours, taking the tally to 5.49 million and active cases to 374,975.

Russia’s recoveries from the disease increased by 14,697 to reach 4.98 million since yesterday, it added.

Although Moscow reported fewer cases — 6,209 — compared to the day before, the Russian capital is still at the top of the regions with the most infections.

It also accounts for the highest daily fatalities as 121 people died of the virus in Moscow over the past day.

The authorities explain the growing figures by the spread of the so-called Indian Delta strain of COVID-19, which is more contagious, aggressive, and more difficult to treat.

Moscow Mayor Sergey Sobyanin said that if it were not for the Delta strain, Moscow would have defeated the outbreak long ago.

Additional measures were announced in the capital Moscow, including restrictions for visiting eateries, entertainment, and sports venues.

The Russian authorities also try to push the vaccination campaign through social advertisement and educational work as only 11.46% of the Russian population has got a jab against the virus so far.

Since December 2019, the pandemic has claimed nearly 3.93 million lives in 192 countries and regions, with more than 181.43 million cases reported worldwide, according to the US’ Johns Hopkins University.