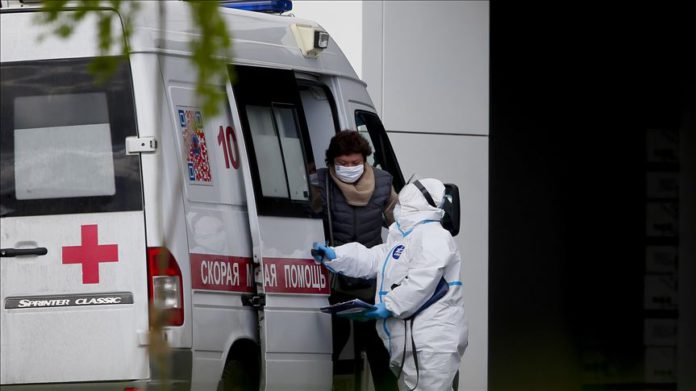 After a slight reduction the day before, Russia announced Friday more than 10,000 new cases in a single day, a pervasive figure during the last two weeks.

Moscow remains the main hotbed of the infection with 4,748 new cases, almost half of all.

Starting from May 15, Moscow authorities launched an ambitious program, aiming to test all the residents for the presence of antibodies to coronavirus.
It will show whether people are infected or have suffered an infection in the past, which means that they have acquired immunity.

The testing will be free of charge and unforced, the Moscow Mayor Sergey Sobyanin said in his blog.

The authorities plan to invite about 70,000 Muscovites for testing every day and then it is up to them to participate or not, he added. If the date is not appropriate, the invited person can request an appointment for the other day, he said.

Over 6.4 million tests were conducted in Russia to date in an attempt to detect the infection at early stages, resulting in revealing 256,000 people with suspected coronavirus.

Despite strict measures, which include lockdown of the capital Moscow, ban for entry of foreigners, and suspension of international air and railway traffic, Russia is the second-worst coronavirus-hit country in terms of cases registered.

Four top Russian officials, including Prime Minister Mikhail Mishustin and Kremlin spokesman Dmitry Peskov, were hospitalized due to the coronavirus and two more were successfully treated at home.

After originating in China last December, COVID-19, the disease caused by the novel coronavirus, has spread to at least 188 countries and regions. Europe and the US are currently the worst-hit regions.
The pandemic has killed almost 302,500 worldwide, with total infections exceeding 4.44 million, while more than 1.6 million people have recovered from the disease, according to figures compiled by the US’ Johns Hopkins University.