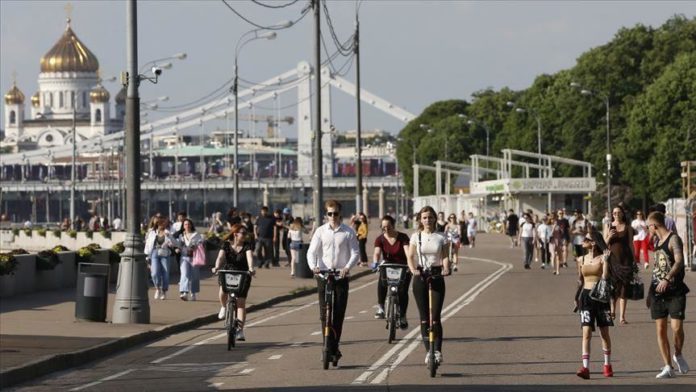 Russia reported more recoveries than coronavirus cases for the fifth day in a row on Saturday.

According to daily figures released by the country’s emergency team, 7,889 people tested positive for COVID-19 over the past 24 hours, while 10,186 patients were discharged from hospitals across Russia.

The virus has claimed 8,002 lives in Russia so far, including 161 over the past day.

No new cases have been reported for several days in various regions of the country, most of them in the arctic zone, despite colder climates being believed to be more favorable for the virus’ transmission.

On Friday, Russian President Vladimir Putin said the country “is coming out of the coronavirus pandemic with minimal losses.”

However, he told government members that “there are still enough problems … and not everything and not everywhere is as good as we would like.”

As for the economy, he said it proved to be able “to sustain heavy loads and work uninterruptedly in difficult conditions.”

Despite the recent decrease in infections, Russia remains third in the world in terms of total COVID-19 cases, only behind Brazil and the US.

The pandemic has now claimed over 460,200 lives in 188 countries and regions, with more than 8.67 million cases and almost 4.26 million recoveries reported worldwide so far, according to figures compiled by the US’ Johns Hopkins University.