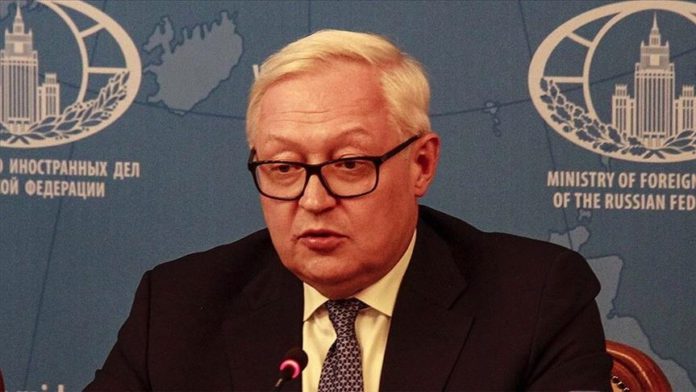 Moscow is ready to immediately begin a new strategic dialogue with Washington, a Russian deputy foreign minister said on Thursday.

“We note signals that Washington is open to launching a new stage of the strategic dialogue between our countries. At the same time, we are determined to deal with the challenging aspects of the strategic sphere in the most decisive manner. We intend to begin this work without delay, as soon as Washington is ready for it,” Sergey Ryabkov said at a news conference in the capital Moscow.

On Feb. 3, Russia and the US extended the New Strategic Arms Reduction Treaty (START), putting a limit on the number of deployed nuclear warheads.

Thanks to the extension of the treaty, Ryabkov said, “relations between Russia and the US will keep the necessary level of mutual predictability and transparency in the field of strategic offensive arms” for the foreseeable future.

He said Russia and the US could formulate a package of interrelated agreements on strategic stability because it will be difficult to include all elements in one agreement.

“Russia’s approach is to find a security equation that comprehensively takes into account all the factors that are important from the point of view of strategic stability. This is not just about nuclear weapons. We consider it fundamentally important to cover in one form or another the entire range of offensive or defensive weapons in nuclear and non-nuclear equipment, capable of solving strategic tasks,” he said.

Ryabkov also announced that Russia can return to the Open Skies Treaty if the US takes back its decision to withdraw from it.

“The balance of the treaty is broken […] But, there is time to rethink this situation,” the deputy foreign minister said.

The same could be done with the Iran nuclear deal, also known as the Joint Comprehension Plan of Action (JCPOA), he said, adding if the US rejoins the deal, Iran will return to full compliance with the terms of the agreement.

“All of Iran’s actions in this direction are reversible, and as the officials in charge in Tehran have repeatedly stated, with a shift in the right direction, the Islamic Republic [of Iran]​​​​​​​ can quickly return to full compliance with its obligations under the JCPOA,” he said.

To a question about Iran’s decision to launch production of uranium metal, he said “it is necessary to exercise restraint and pursue a responsible approach.”