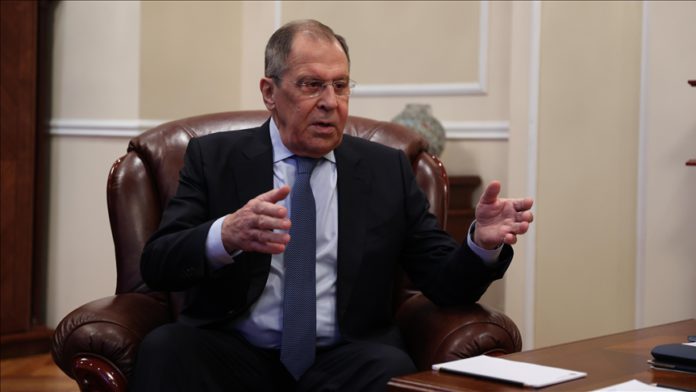 The reason for that is the non-partner, and often unfriendly behavior of a number of EU countries approved by the entire bloc, Lavrov said during his visit to Belarusian capital Minsk.

“For our part, we are thinking not about how to conduct affairs [with the EU], we want to understand whether it is worth dealing with the Brussels structures at all while they are working in their current form,” he said.

Lavrov added that incapability of many EU countries to give up “the arrogant habit of talking to others from a position of strength” limits the possibility of restoring a mutually respectful, equal dialogue.

The minister then voiced concern over the Western dominance in the leading bodies of international organizations, trying to replace collective work in universal formats with decisions made by a small group of western countries, which are then issued as multilateral and binding.

He also noted that Germany of all countries has recently decided to act as a locomotive of quite aggressive campaigns against countries which are not members of NATO and the EU.

The US and some European countries continue to interfere in the internal affairs of other countries, including by means of color revolutions, Lavrov also argued.

Lavrov slammed the EU’s double standards regarding the issue of human rights violations, saying those who criticized Belarusian authorities for confronting protesters, kept silent when police were violently dispersing demonstrations in Paris, Berlin, and Warsaw.