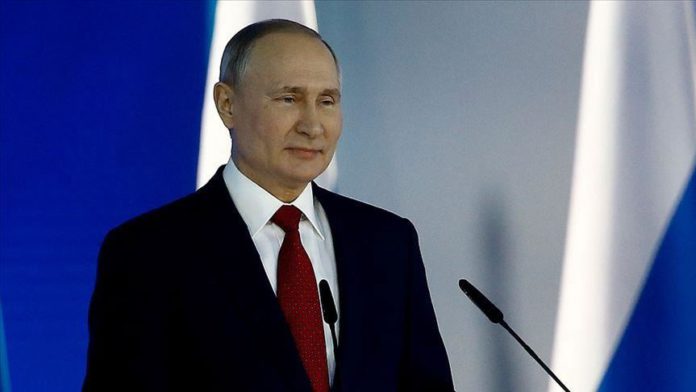 The Russian president on Monday announced a new initiative aiming to de-escalate the situation in Europe after the termination of the Intermediate-Range Nuclear Forces (INF) Treaty last year.

Vladimir Putin said in a statement on the Kremlin website that the US withdrawal from the INF Treaty increases the risks of unleashing a missile arms race, stepping up confrontational potential and creating new threats to European security.

In order to ease tensions, he suggested measures, which can reduce “the deficit of trust, the risks arising from misunderstandings and disagreements and strengthen regional and global stability”.

Putin reconfirmed Russia’s adherence to the moratorium on the deployment of ground-based INF missiles until the US refrain from deployment of similar missiles in Europe.

The president also stressed that his call to NATO countries to consider the possibility of declaring a counter-moratorium remains relevant.

He also suggested cross-inspections of the Aegis Ashore complexes with MK-41 launchers that are deployed at the US and NATO bases in Europe by Russia, and 9M729 missiles at the facilities operated by the Russian Armed Forces Kaliningrad enclave by NATO countries.

“The verification measures would confirm the absence of ground-based INF missiles on the facilities covered by the agreements, as well as the weapons, on the specifications and classification of which the parties were unable to reach an agreement (Russian 9M729 missile),” he said.

In addition, he expressed readiness to continue not to deploy 9M729 missiles in European Russia on the condition that NATO countries take reciprocal steps that preclude the deployment of the weapons earlier prohibited under the INF Treaty in Europe.

The INF treaty has been widely seen as a cornerstone of European security in the post-Cold War era after the US and Russia signed it in 1987. It prohibits both the countries from possessing and testing ground launch missiles with a range between 300-3,100 miles (482-4,988 kilometers).