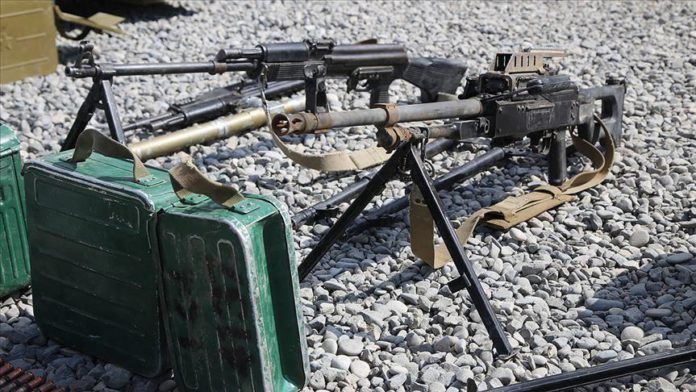 Russia has supplied 94% of military equipment Armenia has obtained in the past five years, according to a report released by the Stockholm International Peace Research Institute’s (SIPRI).

Russia gave some of the equipment without demanding payment or as loans, SIPRI research showed.

Moscow sometimes issues credits to Armenia, which has a deteriorating economy.

In 2015, the two countries signed a treaty in which Russia agreed to issue a $200 million loan for military equipment delivered in 2018.

Russia has assumed the “neutral mediator” role while providing military equipment to occupying forces in the conflict as it co-chairs the OSCE-Minsk Group, which was founded to settle the crisis in Nagorno-Karabakh at the start of the Armenian army’s occupation.

Additionally, evidence indicates shipment of equipment to Nagorno-Karabakh from a Russian military base in Armenia.

Armenia’s economy slumped 13.7% in the first half of 2020 and its public debt reached $8 billion, while military equipment imports increased 415% since 2010.

One-fourth of Armenia’s population lives below the poverty line so its excessive military expenditures have left many to be suspicious.

Military observers agree Armenia does not have the military or economic power to fight Azerbaijan for an extended period on its own.

The cost of Armenian military equipment Azerbaijan destroyed or captured since Oct. 27, when Baku launched an operation to liberate lands from occupation, exceed $1 billion.