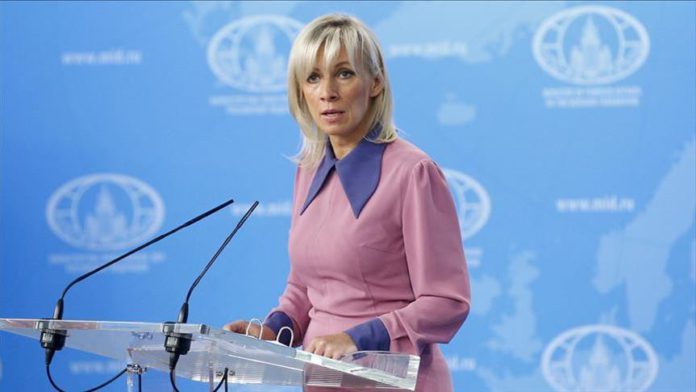 Zakharova spoke at a video conference in Moscow and responded to criticism by US State Department official Matthew Palmer who expressed concern about Turkey’s willingness to strengthen and expand cooperation with Russia.

“Solid results of our multi-faceted cooperation with Turkey were made possible by building ties on a mutually beneficial and, most importantly, mutually respectful basis without dictates and edification,” said Zakharova.

Washington seems to have forgotten the meaning of the words “mutual respect,” she said, and advised it to take an example from Russian-Turkish relations and use it as a role model.

US threats against Turkey’s for its purchase of the Russian S-400 air defense system is an attitude that shows the flaw in understanding of allies, she said.

And the situation in Syria remains relatively calm with a cease-fire in the Idlib de-escalation zone generally observed, and joint Russian-Turkish patrols continue, she said.

Opposing deployment of the Russian system, US officials claimed it was incompatible with NATO systems and it would expose its F-35 jets to possible Russian subterfuge.

Turkey, however, stressed the S-400 would not be integrated into NATO systems, and posed no threat to the alliance or its armaments.

Turkey proposed a commission to clarify any technical issues, but the US has failed to respond.

Ankara also rebuffed suggestions from US leaders that it leave the Russian S-400 system inactive to avoid possible US sanctions.

The S-400 is viewed as one of the most advanced missile systems in the world, capable of tracking several targets simultaneously.