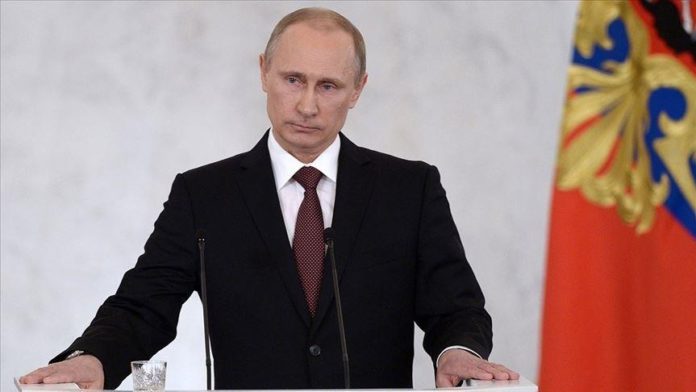 Putin spoke with President Alberto Fernandez to guarantee the vaccine supplies and to check on Fernandez’s health after he recently self-isolated after testing positive for COVID-19.

Fernandez spoke to Putin from the Presidential Residence in Olivos, a suburb of the capital Buenos Aires.

According to an official readout, the Russian leader reaffirmed his commitment to supply vaccines to Argentina

Fernandez praised Russia’s Sputnik V vaccine, noting he has only experienced COVID-19 “in a mild way and without symptoms” due to the vaccine’s positive effects.

He called for guaranteed regular vaccine shipments to Argentina, which Putin promised.

Fernandez also stressed that he was grateful for Russia’s efforts, reiterating that the vaccine campaign in Argentina is going very well.

With 4,467,745 doses provided, the Gamaleya Institute, which developed the Sputnik V vaccine, is the main supplier of the 7,266,500 vaccines that have arrived at Ezeiza International Airport in Buenos Aires since December.

President Fernandez has received two shots of Sputnik V – the first in January and the second in February.

In recent weeks, Argentina’s vaccine campaign has been boosted by supplies from China’s Sinopharm, Oxford-AstraZeneca and the COVAX scheme.

The official readout also noted that Putin has renewed his invitation to Fernandez to visit Russia as the two nations seek to strengthen ties.

According to local reports, Putin also wished Fernandez a quick and full recovery.

Fernandez has been in isolation since announcing that he had tested positive for COVID-19 on Friday.

Local reports have suggested that he is keen to receive Russia’s support as the Latin American nation seeks to restructure debts of around $45 billion with the International Monetary Fund.

The two leaders also spoke by phone at the beginning of February regarding vaccine supply from Russia to Argentina.

Argentina, with a population of over 45 million, has registered more than 2.4 million coronavirus infections, over 56,000 deaths and more than 2.15 million recoveries, according to data from US-based Johns Hopkins University.