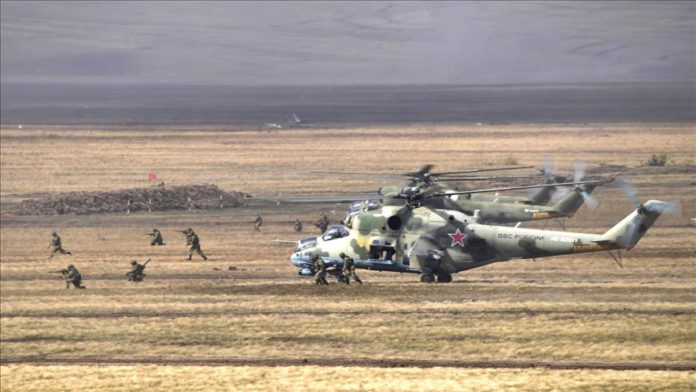 Russia and the Central Asian nations of Tajikistan and Uzbekistan will hold a trilateral military drill on Aug. 5-10 at a training base 20 kilometers from the border of conflict-ridden Afghanistan, the Russian Defense Ministry announced on Tuesday.

More than 1,500 military personnel and about 300 units of weapons and military equipment will be involved in the military exercises from the three countries, said a ministry statement.

Troops will practice defensive actions against invasion by armed groups and the destruction of radical terrorist groups, the ministry added.

Prior to the trilateral exercises, from July 30 to Aug. 10, Russia will also have a bilateral military drill with Uzbekistan at the Termez training ground in an area bordering Afghanistan.

About 1,500 servicemen of the armed forces of Russia and Uzbekistan and about 200 units of military equipment, including aviation from the Russian Kant airbase in Kyrgyzstan, will take part in the exercises at Termez.

Russian authorities have voiced concern over the escalating violence in Afghanistan amid the pullout of foreign forces and pledged to take measures to block the conflict from spreading beyond Afghan borders.