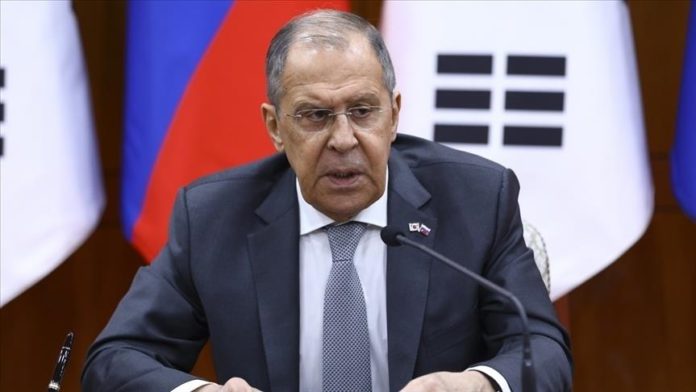 In an article for the Russian daily Kommersant, Sergey Lavrov said the rules-based orders are not properly spelt and lack any specific content, allowing for accusations of “rules breaking” when it is against the West’s will.

“The less specific they get, the freer their hand to carry on with the arbitrary practice of employing dirty tactics as a way to pressure competitors,” Lavrov wrote.

The recent G7 and NATO summit showed that the West will do in the international affairs only what it considers correct and will push others to follow its lead, the minister added.

Lavrov particularly mentioned Anglo-American Atlantic Charter approved by US President Joe Biden and UK’s Prime Minister Boris Johnson on June 10, 2021 on the sidelines of the G7 Summit, saying it has been designed as a starting point for building a new world order, guided solely by Western “rules.”

In these “ideologically tainted” documents, the West declares its self-granted right to reshape “non-democratic” countries according to Western norms, which Lavrov characterized as “an imperial, neo-colonial stance in its relations with third countries.”

The documents fail to mention the UN, Organization for the Security and Cooperation in Europe (OSCE), declaring NATO as the only legitimate decision-making center, seeking to shift the conversation on key issues to “the platforms of its liking, where no dissident voices can be heard,” widening the gap between countries, Lavrov said.

“The documents adopted at the Cornwall and Brussels summits cemented the rules-based world order concept as a counterweight to the universal principles of international law with the UN Charter as its primary source.”

Lavrov slammed the rules-based order as “the embodiment of double standards”, saying the right to self-determination is only recognized when used to an advantage of the Western countries, for example to preserve Great Britain’s sovereignty over its former colony — the Malvinas Islands, or the Falklands.

In addition, the “rules” concept “attacks all world religions, the genetic code of the planet’s key civilizations,” Lavrov said, calling it an attack against Christianity.

“Attempts by reasonable politicians to shield the younger generation from aggressive LGBT (lesbian, gay, bisexual, and transgender) propaganda are met with bellicose protests from the “enlightened Europe,” Lavrov said.

There is nothing wrong with the rules “per se,” the UN Charter is a set of rules, “but these rules were approved by all countries of the world, rather than by a closed group at a cozy get-together,” the minister said.

Lavrov added that Russia and China were declared as “main obstacles” to implementing the new world order.

“Beijing is accused of being too assertive in pursuing its economic interests (the Belt and Road Initiative), as well as expanding its military and, in general, technological might with a view to increasing its influence.

“Moscow stands up for countries that became victims to Western gambles, were attacked by international terrorists and risked losing their statehood, as was the case with Syria,” Lavrov wrote.

International relations are going through fundamental shifts that affect everyone without exception, and the era of the West’s domination is coming to a close, the minister said.

“Serious, self-respecting countries will never tolerate attempts to talk to them through ultimatums and will discuss any issues only on an equal footing,” he added.

“We will always remain open to honest dialogue with anyone who demonstrates a reciprocal readiness to find a balance of interests firmly rooted in international law.

“These are the rules we adhere to,” he said.

NATO should always be ready to 'expect the unexpected’: Commander