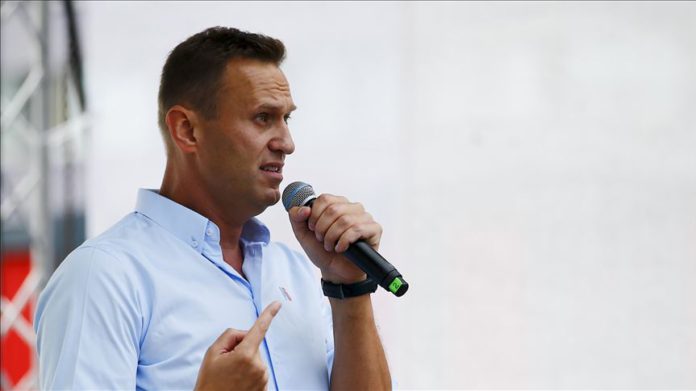 A metabolic disorder sent Russian opposition leader Alexey Navalny into coma, the head doctor at the hospital in Siberia where he is being treated said on Friday.

The 44-year-old critic of Russian President Vladimir Putin, who heads the Progress Party, fell ill on a flight from Tomsk to Moscow on Thursday.

The plane made an emergency landing in Omsk, and he was rushed to a hospital, where he is now on a ventilator in intensive care.

“A carbohydrate imbalance, that is, a metabolic disorder, apparently due to a sharp drop in blood sugar, caused the loss of consciousness,” Alexander Murakhovsky said.

Earlier in the day, he advised against Navalny’s transfer to a German medical clinic due to his unstable condition.

“Doctors are doing everything to bring Alexey Navalny out of the coma,” he said, adding that leading physicians from Moscow have arrived to save Navalny’s life.

In a separate statement, deputy chief medical officer Anatoly Kalinichenko said no poison or traces of poison were found during tests.

Meanwhile, Kremlin spokesman Dmitry Peskov said it is up to the doctors to decide if Navalny could travel abroad.

German specialists, he added, are in contact with their Russian colleagues, and are invited to take part in the treatment.

The Cinema for Peace Foundation has sent a plane to pick up Navalny, and bring him to Berlin, where the Charite hospital is ready to treat him.

Peskov on Thursday said an investigation would be launched if it turned out Navalny was indeed poisoned.

Europe has reacted to the alleged poisoning.

“Worried to hear about Alexei Navalny’s suspected poisoning,” EU’s High Representative and Vice-President Josep Borrell tweeted. “If confirmed, those responsible must be held to account. Wishing him a swift and full recovery.”

British Foreign Secretary Dominic Raab was also “deeply concerned.” “My thoughts are with him and his family,” he tweeted.

The leaders of France and Germany also expressed concern, and offered their assistance.

Navalny’s relatives suspect something was mixed in the tea he drank Thursday morning, according to his spokeswoman Kira Yarmysh.

Last year, he fell ill while being held at a Moscow detention center. His team suspected he was poisoned but doctors said it was a severe allergic reaction.

Navalny did not accept the findings, and had filed a legal complaint over his alleged poisoning.

Foreign tourists to pay for COVID-19 tests to enter France