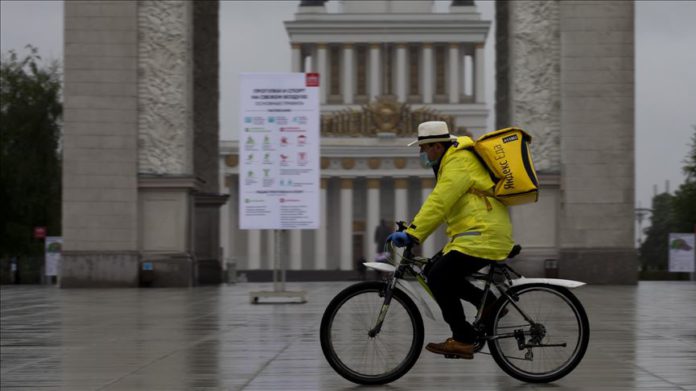 As many as 449,834 people are being treated of the virus, including 8,726 confirmed over the last 24 hours, the country’s emergency task force said in a daily report.

So far, the authorities have not been able to overcome a negative trend in mortality, with the virus claiming over 100 lives for 11th day in a row — higher than during the peak of the pandemic in Russia.

Since yesterday, the number of fatalities rose by 144 and in total the virus killed 5,528 people in the country.

Speaking at Russia’s Security Council meeting on Thursday, President Vladimir Putin urged the government to stay alert and “meticulously monitor the developments in every region and respond immediately” despite recent improvements.

So he noted the growing number of cases in the Trans-Baikal region and instructed the health minister to help with the resources and the defense minister — to deploy a hospital with all necessary equipment and experts to treat COVID-19 patients.

Last week, the Russian government started to lift restrictions inside the country, saying the situation had stabilized and proceeded to measures of economy recovery.

Two top Russian officials are being treated for the disease, while four others, including Mishustin, have recovered.

The pandemic has claimed more than 391,200 lives in 188 countries and regions since originating in China last December. The US, Brazil and Russia are currently the world’s worst-hit countries.

Some 6.64 million cases have been reported worldwide. As many as 2.87 million people have recovered so far, according to figures compiled by the US’ Johns Hopkins University.