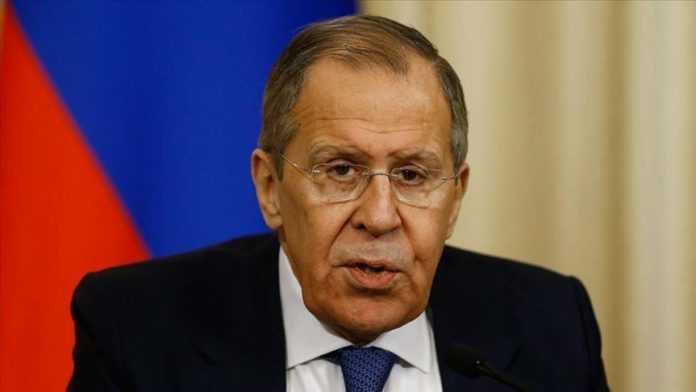 Russia may suspend dialogue with the EU for some time, Russian Foreign Minister Sergei Lavrov said Tuesday, a day after the bloc decided to implement sanctions.

“The people who are responsible for the Western foreign policy do not understand the need for mutually respectful dialogue,” Lavrov said at a discussion club in Moscow.

He accused the EU of adopting the “US style of threatening and punishing states with sanctions.”

The statement came after a Monday meeting in Brussels of EU foreign ministers where they agreed to slap Moscow with fresh sanctions over the alleged poisoning of Russian opposition leader Alexey Navalny.

EU foreign policy chief Josep Borrell told reporters after the meeting that they agreed to implement “restrictive measures” that would be carried out by the technical bodies of the European Council.

The measures include freezing assets as well as imposing a travel ban on those responsible for the poisoning.

* Writing and contribution by Iclal Turan in Ankara