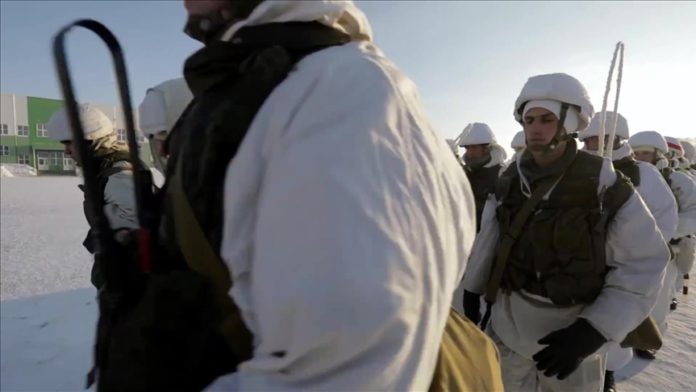 Russia lost more than 450 personnel and failed to achieve any of its major objectives in the first 24 hours of its military intervention in Ukraine, the British defense secretary said on Friday.

“Our assessment, as of this morning, is that Russia has not taken any of its major objectives. In fact, it’s behind its hoped-for timetable. They’ve lost over 450 personnel,” he said.

Russian special forces trying to capture “one of the significant airports” were repelled and “the Ukrainians have taken it back,” he added.

“So I think, contrary to great Russian claims and indeed President Putin’s vision that somehow the Ukrainians would be liberated and would be flocking to his cause, he’s got that completely wrong,” Wallace said.

“And the Russian army has failed to deliver on day one its main objective.”

Russia’s long-feared military intervention in Ukraine was announced early Thursday by President Putin, who said the operation’s aim is to protect people “subjected to genocide” by Kyiv and to “demilitarize and denazify” Ukraine. He also called on the Ukrainian army to lay down its arms.

According to Ukrainian President Volodymyr Zelenskyy, more than 130 people, including civilians, were killed on the first day of the military intervention.