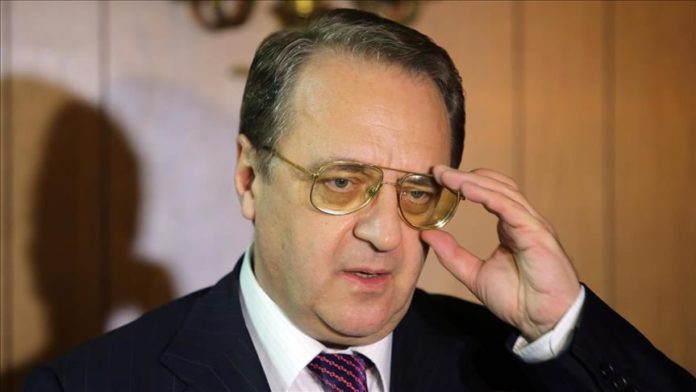 Russia on Saturday announced its support for a cease-fire in Libya which was signed by warlord Khalifa Haftar, after his militias faced heavy losses in recent days.

“We read the content of the Egyptian President’s offer, of course, we support all kinds of offers to stop the conflicts in Libya as soon as possible,” said Mikhail Bogdanov, special representative of Russia to the Middle East and African countries, according to the Ria News Agency.

Haftar and his allies gathered in the Egyptian capital on Saturday to sign the Cairo Declaration.

The initiative calls for a cease-fire in Libya as of Monday and setting up a new organization to form the House of Representatives and the Presidential Council.

Bogdanov underlined that Russia was expecting this declaration.

‘Libya's Haftar just working as proxy for other actors’