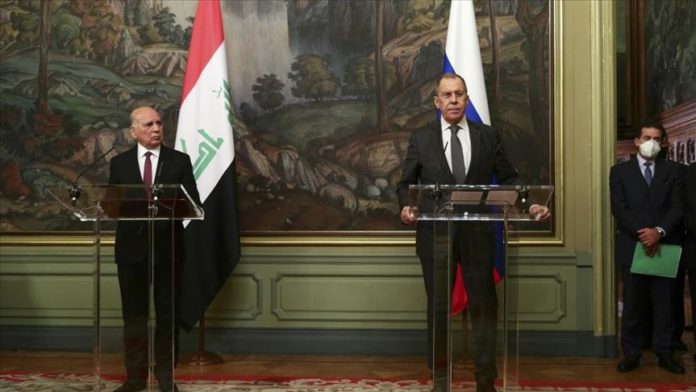 Russia on Wednesday discussed military cooperation with Iraq, the foreign ministers of the two countries said on Wednesday.

Speaking at a news conference following the bilateral talks, Russian Foreign Minister Sergey Lavrov said the details of new arms sales will be discussed during the visit of the Iraqi defense minister to Moscow, which will happen in the “foreseeable future”.

“Our country played and plays an important role in equipping Iraq with weapons, including for the fight against terrorism. We’re ready to meet any demand for Russian-made military products. The Iraqi defense minister is to come in the foreseeable future, and I am sure that these issues will be discussed in detail there,” Sergey Lavrov said.

As for the cooperation in the energy sector, Russian companies invested over $13 billion in Iraq’s economy, and plan to continue cooperation, he added.

For his part, Iraqi Foreign Minister Fuad Hussein said the two countries will sign 14 bilateral documents that cover various areas of cooperation, including the oil and gas industry, healthcare, and trade.

“Although we touched some issues of military cooperation, the details will be discussed during the visit of the defense minister,” Hussein said.​​​​​​​

At least 8 people die in floods in eastern Sudan