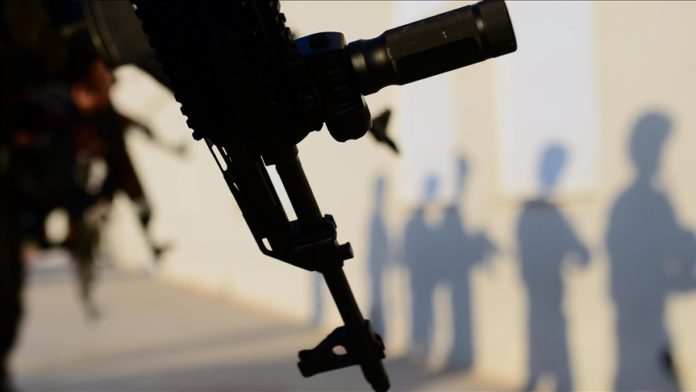 Russia increased arms deliveries to the Central Asian countries over the threat from Afghanistan, the country’s chief of the General Staff said on Thursday.

At a meeting with his Uzbek counterpart Shuhrat Khalmihammedov in Tashkent, Valery Gerasimov noted that the situation in the region is deteriorating, which demands strengthening the combat capabilities of Russia’s partners.

“In order to respond to the aggravated situation in the region and repel terrorist threats, a number of joint exercises have been planned both on the territory of Uzbekistan and on the territory of Tajikistan. Additional supplies of weapons and military equipment have been organized as part of military-technical assistance,” he said.

In a separate statement, Defense Minister Sergey Shoygu said Russia will use its military bases in Uzbekistan and Tajikistan in case of direct aggression from Afghanistan.

“Our base in Tajikistan is quite powerful and strong. Of course, if necessary, in case of direct aggression, it will be involved in protecting the borders of the CSTO (the Collective Security Treaty Organization). The same applies to our base in Kyrgyzstan,” the minister said.

Deputy spokesman for the Russian Foreign Ministry Alexandr Bikantov told a news conference in Moscow that the Afghan military cannot cope with the Taliban’s onslaught.

“The situation in Afghanistan is degrading. This is largely due to the decision of the United States and NATO to delay the complete withdrawal of troops from Afghanistan. As a result, the Taliban have noticeably increased their activity almost throughout the country. During the large-scale summer offensive, they took control of 80 to 100 new counties.

“The Afghan security forces are unable to cope with the Taliban offensive, the combat capability of regular units remains at a low level. There are cases of mass transfer of military personnel to the territory of Uzbekistan and Tajikistan. The people’s militia are also not very effective,” he said.

But the Taliban do not have enough resources to capture and hold major cities, including the capital Kabul, and their offensive gradually begins to die away – the government troops managed to regain control over the counties lost earlier, Bikantov added.

Russia continues to seek from all parties in Afghanistan to launch substantive, peaceful negotiations. It will uphold this stance at a meeting of the Troika plus (China, Russia, the US, and Pakistan), scheduled for Aug. 11 in Doha, he said.

Since the announcement of the US withdrawal plan in May, the Taliban claimed to have captured over 200 districts in Afghanistan, while Afghan forces say they are killing up to 200 insurgents daily.