TurkishPress
Home News Russia has nothing to hide in Navalny case: Lavrov 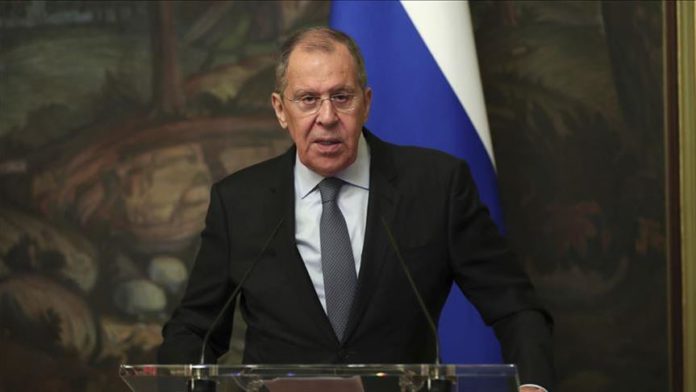 Russia has nothing to hide in the case of Russian opposition leader Alexey Navalny poisoning, Foreign Minister Sergey Lavrov said on Friday.

As soon as Navalny fell unwell on board of a plane, the crew requested an urgent landing, an emergency team was waiting in the airport and within minutes delivered Navalny to a hospital, where he was given medical care, Lavrov said at a press conference following a virtual meeting of BRICS (Brazil, Russia, India, China, South Africa) foreign ministers.

Since Navalny’s shifting to Germany, there have been many allegations against Russia, while official requests from the authorities remain unanswered, he added.

According to Lavrov, the German Foreign Ministry hinders providing Russia with the necessary information.

“I am forced to say out loud that, according to our information, this response is delayed due to the position of the German Foreign Ministry,” he said.

On Wednesday, Chancellor Angela Merkel’s spokesman Steffen Seiber said Berlin will notify the EU and NATO as well as the Organization for the Prohibition of Chemical Weapons (OPCW) of finding “a chemical nerve agent from the Novichok party” in Navalny’s tests to work out a united position.

Russia neither develops nor produces chemical weapons anymore as the last chemical round was destroyed in 2017, which was verified and certified by the OPCW.

Currently, Novichok is known to be produced in the US and Georgia, said Yury Shvytkin, a member of the Russian lower chamber of the parliament — the State Duma.