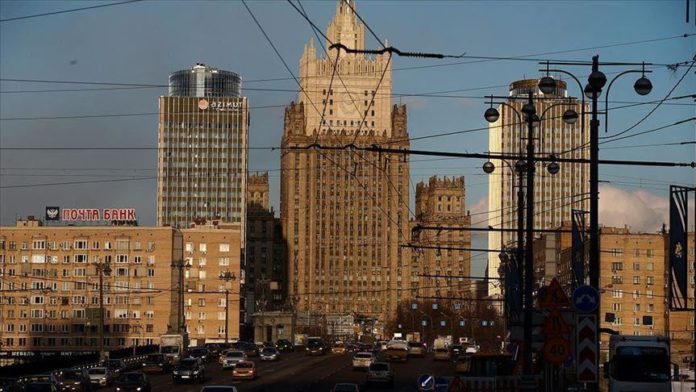 The Foreign Ministry protested “unfounded accusations and ultimatums against Russia” by German federal authorities, saying “Berlin uses the situation to discredit Russia in the international arena.”

The ministry reiterated the requirement “to immediately provide a substantive and detailed response from the German side to the official request of the Russian Attorney General’s office dated Aug. 27 with all medical data, including biomaterials, results of examinations, and analysis samples for the purpose of their comprehensive study and verification by specialists,” the ministry said.

The ministry warned that the absence of a response will be regarded as “the refusal of the federal government of Germany to establish the truth in the framework of an objective investigation” and “a gross hostile provocation against Russia, fraught with consequences for Russian-German relations, as well as a serious complication of the international situation.”

“The full responsibility for the consequences of such a policy will fall on the federal government of Germany and its allies in NATO and the EU,” it said.

Navalny, 44, a vociferous critic of Russian President Vladimir Putin, fell ill Aug. 20 on a flight from the Siberian city of Tomsk to Moscow. The plane made an emergency landing in Omsk and Navalny was rushed to a hospital, where he spent two days before being sent to Berlin for treatment.

Last week, Steffen Seiber, Chancellor Angela Merkel’s spokesman, said Berlin will notify the EU and NATO, as well as the Organization for the Prohibition of Chemical Weapons, about finding “a chemical nerve agent from the Novichok party” in Navalny’s tests to work out a united position.

Foreign ministers of G7 nations urged Russia on Tuesday to find the perpetrators tied to Navalny and demanded that they be brought to justice.