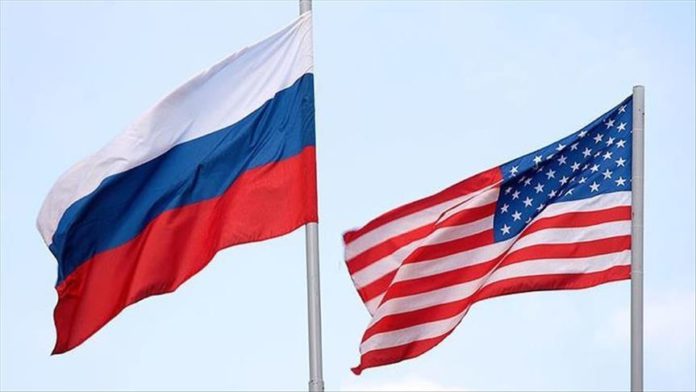 There will be new contacts between Moscow and Washington on security guarantees in the coming days, said Russia’s foreign minister on Monday amid ongoing tension over the fate of Ukraine, with thousands of Russian troops amassed at its borders.

Russia expects to hear back from the US and NATO on its proposals, Sergey Lavrov told a news conference in Moscow following a meeting with his Croatian counterpart Gordan Radman.

“We are firmly counting on the concrete answers promised to us to the draft documents that Russia has handed over to the United States and NATO members. These days there will be some contacts on this topic,” the minister said.

Specifically, Moscow wants to know “how the West is going to fulfill its obligations fixed in the documents of the OSCE (Organization for Security and Cooperation in Europe) summits in Istanbul in 1999 and in Astana in 2010,” Lavrov said.

“These documents say that OSCE states will not strengthen their security at the expense of the security of other states. It also states that no state, group of states or organization can be given the primary responsibility of maintaining peace and stability in this region,” he added.

Russia has been keen to forestall any move for Ukraine to join NATO, a move it sees as undermining its security.

Asked about US threats to impose additional sanctions on Russia in case of military action in Ukraine, Lavrov said the US is continuing a “smear campaign” accusing Russia of plotting provocations.

The US can encourage Ukrainian authorities to implement the 2014 Minsk Protocol, he said.

“Today Ukraine is under the external control of the US. Washington is quite capable of simply forcing the Kyiv regime to finally fulfill the Minsk agreements,” he said.

For his part, Radman said EU countries that are not NATO members have to take part in security discussions as well.

He also expressed optimism that the security talks will evolve towards a positive outcome.

On Dec. 15, Yury Ushakov, a presidential foreign policy adviser, announced that Russia handed over its draft proposals to the US and NATO, and two days later, the Russian Foreign Ministry published the text of the draft agreements suggested by Moscow.

On Jan. 10, Russian and US delegations met in Geneva for the first round of consultations “to make positions clear,” and on Jan. 12, Russia and NATO exchanged views on the security proposals in Brussels.

The talks come amid the Russian military buildup on Ukraine’s borders and Western fears an invasion is close at hand. Western countries and NATO have threatened a firm response to any Russian military action in Ukraine.

Stop ‘interference’ in Bosnia and Herzegovina

Turning to the situation in the Balkans, Lavrov called on the West to stop “interfering” in Bosnia and Herzegovina’s affairs.

“Despite all the calls not to interfere in the internal affairs of other countries, the United States appointed a special representative for electoral reform in Bosnia and Herzegovina: this is on the question of spheres of influence.

“Former head of the EU diplomatic service Federica Mogherini stated that the Western Balkans is an area where the European Union will deal with all the problems, and it is better for others not to get involved there,” he said.

Russia expects that the EU will support the 1995 Dayton principles for a settlement in Bosnia and Herzegovina, suggesting equal rights for all three state-forming peoples, and to stop treating the Western Balkans as a zone of its influence, Lavrov stressed.

Moscow also sees obvious discrimination against Bosnian Croats in Bosnia and Herzegovina, and the ongoing reform of the electoral legislation is designed to correct this situation, he said.