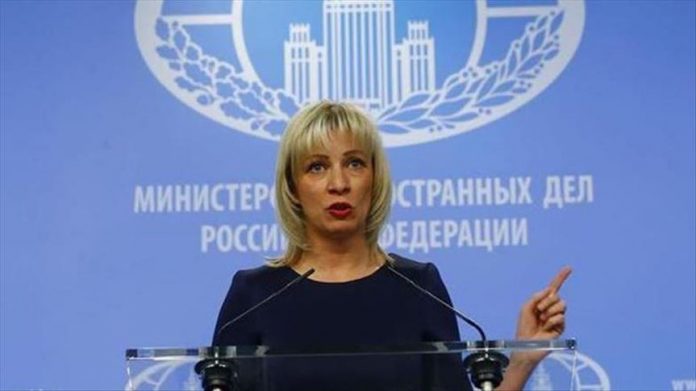 Russian Foreign Ministry spokeswoman Maria Zakharova said on Thursday the protests in Iran have been caused by U.S. sanctions against the country.

Speaking at a news conference in Moscow, Zakharova said the decisions, taken by the Iranian leadership about raising petrol prices, were provoked by Washington’s pressure on Tehran.

“All this was provoked by the absolutely illegal and massive sanctions pressure that the U.S. is exerting on this country.

“And, in general, because of Washington’s actions, the fundamental human rights and legitimate interests of the Iranian population to freely receive food, medicines and all kinds of necessary products are

Read more: Russia explains protests in Iran by US sanctions