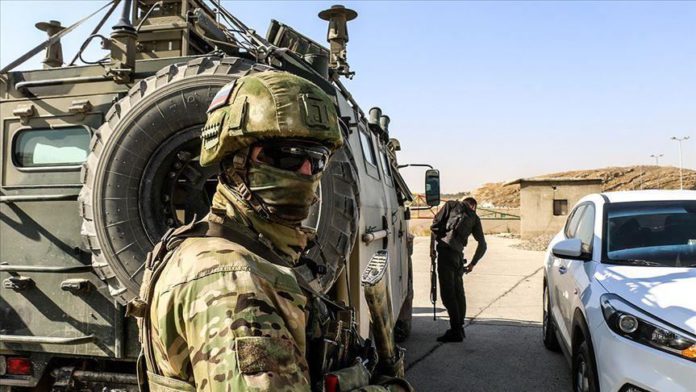 The children will be placed in quarantine for 14 days in accordance with the rules introduced in connection with the coronavirus pandemic, and then will be transferred to their relatives, Russian Children’s Rights Commissioner Anna Kuznetsova told reporters in the capital Moscow Tuesday.

Most of the children who arrived last night were found in orphan homes and prisons in Damascus, Kuznetsova said. “Now we can say that almost all the children from Damascus have been taken out, there are very few left,” she said.

According to her, children from the refugee camps, located on the territory controlled by the YPG/PKK-led SDF, will be evacuated next. Some of them were planned to be picked up in last night’s flight, but access to them was denied due to the coronavirus.

Over 122 children are expected to be transported to Russia from Syria in four flights, she added. The previous flight took place in February right before the border closure due to the coronavirus pandemic.

Citizens of many countries, including from Russia and former Soviet countries, fought on the Daesh side in Syria and Iraq, bringing their wives and children along with them. After the defeat of Daesh, some of the children became orphans and were sent to orphan homes, while others were placed in refugee camps and prisons along with their mothers.

The fate of third-country citizens who went to fight on the side of the militants in Syria and Iraq remains one of the most acute humanitarian problems inherited after the end of the war with Daesh.

In its more than 30-year terror campaign against Turkey, the PKK — listed as a terrorist organization by Turkey, the U.S. and the European Union — has been responsible for the deaths of 40,000 people, including women, children, and infants. The YPG is the Syrian offshoot of the PKK.