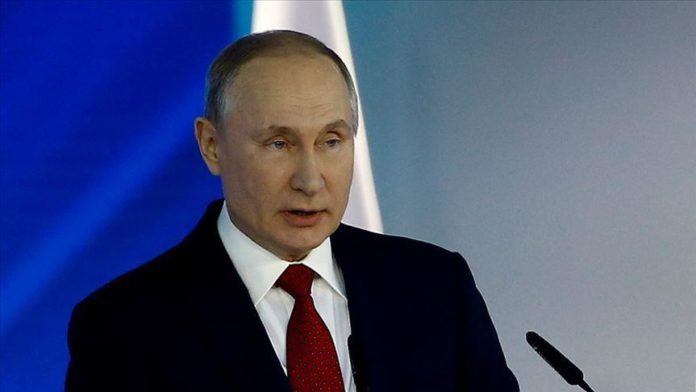 Amid continuing controversy over Belarus’ Aug. 9 presidential elections, its neighbor Russia has formed a “law enforcement squad” which can be called on to act if the country spirals out of control, President Vladimir Putin announced on Thursday.

The move was made under Moscow’s security obligations to Minsk at the request of Alexander Lukashenko, Belarus’ president, said Putin.

“We are certainly not indifferent to what is happening there,” Putin told Russian TV channel Rossiya 1, evidently referring to ongoing protests against the election results.

“This is a very close country, perhaps the closest to us. It is the closest ethnically, linguistically, culturally, spiritually, or in any other way. We have tens, maybe hundreds of thousands, if not millions, of direct family connections. The closest industrial cooperation.”

He added: “There is no need to engage Russian law enforcement in Belarus for now and I hope there won’t be.”

Putin explained that Russia will intercede if the opposition starts to capture state buildings, banks, or infrastructure, or burns cars and commits other crimes.

According to Putin, the unrest in Belarus is leveling out, and he expressed hope that the disagreements between Belarusian authorities and the opposition will be settled peacefully.

He slammed the position of some European leaders – who have called the elections unfair – saying they are “very selective” in their assessments, and fail to notice constructive steps by Belarusian authorities while supporting the opposition in every possible way.

“Such a position makes one think that it doesn’t matter what’s happening there, it matters that decisions have to be made that are in line with their political interests,” he said.

Addressing the issue of Russians detained in Belarus, Putin said they were used by the US intelligence and intelligence from neighboring Ukraine to create the impression that they were going to organize protests.

Protests broke out after Lukashenko was declared the winner in the Aug. 9 presidential elections. Opposition candidates, however, accused the administration of rigging the vote.

Svetlana Tikhanovskaya, who came in a distant second, left after the elections for Lithuania “for the sake of her children.”

NATO and European leaders have urged Lukashenko launch a dialogue with the opposition, and respect the fundamental human rights of the public.

India: More than 60K virus recoveries in past 24 hours