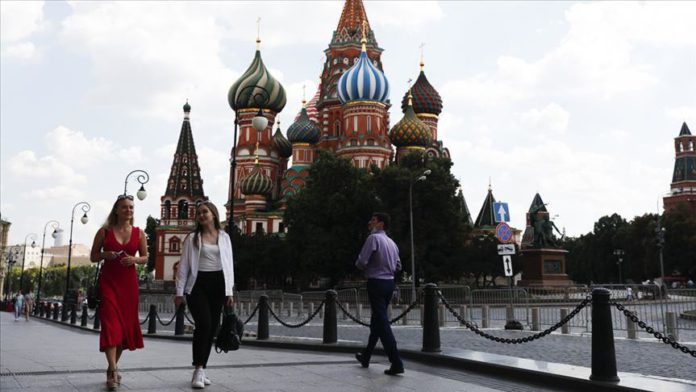 The two-week mandatory quarantine requirement currently in place for people arriving in Russia will end on July 15, authorities confirmed on Tuesday.

According to a decree signed by Russia’s chief sanitary officer, both foreigners and returning nationals must either present a negative COVID-19 test result no more than three days old, or take a test within three days of arrival.

The decision comes as coronavirus cases in Russia rose to 739,947 on Tuesday, with 6,248 additions over the past 24 hours.

Speaking at a videoconference of the Council for Strategic Development and National Projects, Russian President Vladimir Putin said the country gave “a proper response to the epidemic.”

He said the mortality rate per 100,000 people in Russia was “far lower” than many other countries, attributing it to widespread testing.

The president said daily case numbers have been stable for weeks, while recoveries have grown, allowing an overwhelming majority of Russian regions to ease restrictions and focus on socioeconomic recovery.

Across the world, the COVID-19 pandemic has claimed more than 573,200 lives in at least 188 countries and regions since emerging in China last December.

Over 13.11 million cases have been reported worldwide, with the US, Brazil, India, and Russia currently the hardest-hit countries, according to figures compiled by the US’ Johns Hopkins University.

The data shows more than half of all patients worldwide – over 7.26 million – have recovered so far.