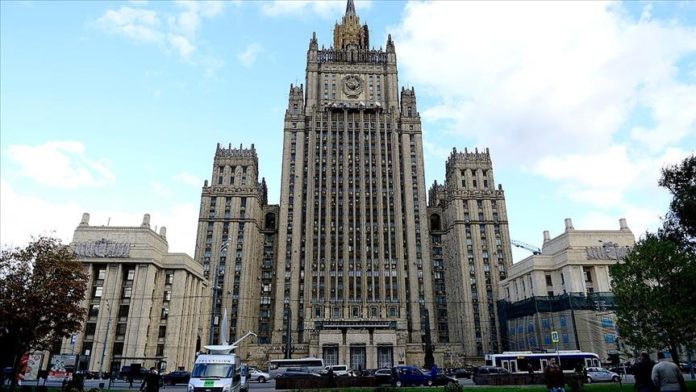 Russia on Tuesday denied evacuating the staff of its diplomatic missions from Ukraine, an alleged move interpreted by some as prelude to an invasion.

The Russian Embassy in the capital Kyiv and consulates in other cities continue working routinely, Foreign Ministry spokeswoman Maria Zakharova said in a post on Telegram.

“The Embassy and Consulates General of Russia in Ukraine are operating routinely. They do this despite attacks on Russian foreign institutions by Ukrainian radicals and provocations by local security forces,” she said.

Zakharova added that the media that reported on the alleged evacuation failed to seek comment from the ministry but that if they had, they would have learned the truth.

“If an American newspaper had contacted us for comment, it would have found out about it. But then, apparently, there would be no desire to publish the article,” she wrote.

The New York Times earlier Tuesday reported on the beginning of the evacuation of Russian diplomats from its embassy in Kyiv, hinting that it may mean Russia is preparing for a “looming conflict” with its western neighbor.

The US recently warned its European allies of a possible Russian military attack, claiming that Moscow is planning a false flag operation – sabotaging its own forces, disguised as a Ukrainian attack – to justify an invasion of Ukraine.

For its part, Russia says that the Ukrainian military, backed by the NATO fleet in the Black Sea, conducts military operations close to its borders and uses weapons that could easily reach Russian territory.

In addition, Moscow claims private US military companies are providing military assistance to the Ukrainian army, which is the reason for the country’s “extreme concern.”