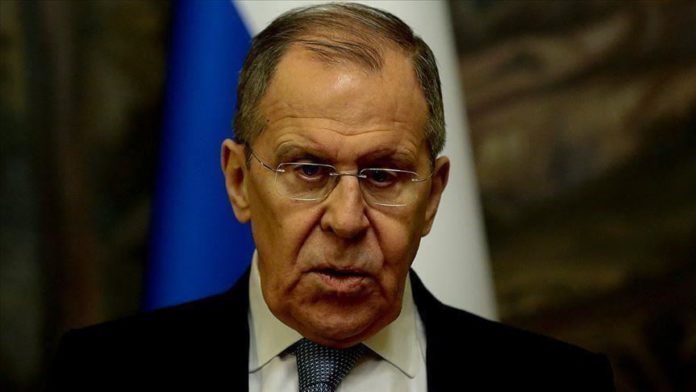 The US’ accusations of Russia meddling in its 2020 presidential campaign are “ungrounded,” Russia’s foreign minister said on Friday.

Moscow has repeatedly offered to help the US sort out the cyberattacks that have been blamed on Russia, Sergey Lavrov said at a news conference in Moscow after a meeting with his Chinese counterpart Wang Yi.

“The Americans consistently shirk from work in any of these areas and continue to demand that we ‘stop illegal actions’ on interference in internal affairs,” the minister said.

At the same time the US does not see “anything shameful” in promoting its interests, not only “on the sly by illegitimate methods,” but also openly, Lavrov added.

According to the minister, Moscow tried to draw Washington’s attention to these double standards, pointing out that many of the US’ actions can be viewed as interference in internal affairs of foreign states.

Washington does not deny meddling and tries to pass it off as support, insisting that this so-called support is different from Russia, China and others because they are “authoritarian regimes undermining the foundations of democracy,” while “the US brings democracy and prosperity,” said Lavrov.

For his part, Wang Yi commented on the recent border clashes between Chinese and Indian soldiers, saying he came to an understanding with his Indian counterpart Subrahmanyam Jaishankar at yesterday’s meeting in the Russian capital.

“I had a conversation with my Indian counterpart yesterday, and our Indian partners expressed their readiness to cooperate and start a dialogue in favor of easing tension on the border, and we are ready to take counter steps,” he said.

The two sides agreed on five points, the most important of them being to prevent repeated violations at the border, particularly firing warning shots, the Chinese foreign minister added.

“Secondly, it is necessary to completely withdraw troops and equipment from the Line of Actual Control (LAC), which is very important for restoring calm on the border. We will continue our negotiations to ease tensions,” he said.

The Asian giants are witnessing a heightened face-off along the LAC, a de facto border in the Himalayan region separating the two countries, with 20 Indian soldiers killed in a clash earlier in June.

A number of meetings have been conducted between Chinese and Indian officials since then but without any concrete success.

This week, the countries accused each other of opening fire at the disputed border, the first such instance in over four decades.