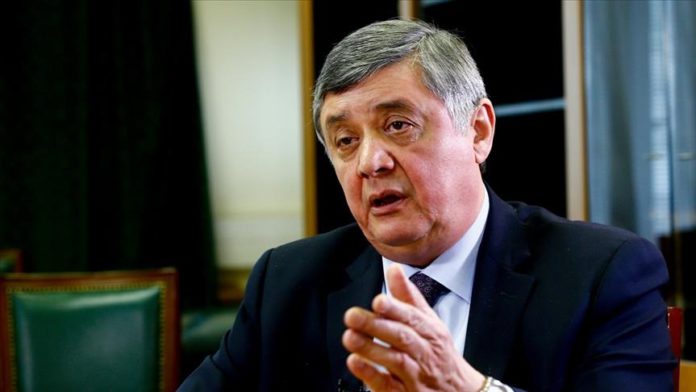 Thanks to international efforts, significant progress has been made in resolving the Afghan conflict in recent years, Russia’s presidential envoy to Afghanistan said.

The most obvious evidence of that progress is that the parties to the conflict, which for a long time refused to make direct contacts, have been brought to the negotiation table, Zamir Kabulov said in an interview with Anadolu Agency.

“We believe that in recent years, thanks to international efforts, significant progress has been made in resolving the situation in Afghanistan. The impetus for this was given by the regular meeting of the Moscow format of consultations on Afghanistan held in November 2018, in which, in addition to the key states of the region, the delegations of Kabul and the US, representatives of the political office of the Taliban Movement in Doha took part for the first time.

“Later, in 2019, two more meetings of the inter-Afghan dialogue were held in Moscow – in February and May, respectively. In parallel, the negotiation process between the US and the Taliban movement had started, which ended, as you know, with the signing of the agreement on Feb. 29, 2020, which was supported by the international community and the UN Security Council.

“In September last year, a significant event took place – the ceremony of launching direct inter-Afghan talks in the capital of Qatar. Therefore, as you can see, the intensive work done over the past few years has already borne fruit, but there is still a long way to go to bring the settlement process in the IRA [Islamic Republic of Afghanistan] to a successful conclusion,” the diplomat said.

Russia continues working actively on the Afghan track, so, when the negotiations in Doha stalled, Moscow invited Afghans to hold informal consultations aiming to find an exit and bring positions closer on the sidelines of the troika plus [Russia, the US, China, and Pakistan] meeting on Afghanistan.

“The main issue discussed during the [troika] meeting was the promotion of the inter-Afghan dialogue in Doha. In addition, the agenda included such topics as reducing the level of violence by both sides of the conflict, the early start of substantive negotiations on national reconciliation, and the future state structure of the country that takes into account the interests of all population stratum.

“We hope that this event will give the necessary impetus to inter-Afghan contacts in Doha and will contribute to finding solutions to the establishment of peace and the formation of an inclusive government in the country as soon as possible,” Kabulov said.

The meeting in Moscow gathered many influential figures, including from the Afghan government and establishment as well as influential members of the Taliban, allowing for having “a direct and open discussion,” the envoy said.

‘Premature to talk about visit of Afghan president to Moscow’

Russia has been recently criticized for “having better relations with the Taliban than with the official government in Kabul.” The visit of the Afghan foreign minister to Moscow in February this year has become the first in over ten years.

After the Afghan presidential election in 2019, some politicians who are said to have good relations with Russia joined the Afghan Cabinet.

Asked if the reshuffles in the Afghan government led to better relations between Kabul and Moscow, Kabulov said they did not make much impact.

However, the Afghan government seems to become more responsive to Russia’s efforts in the Afghan reconciliation, he said.

“The change in the composition of the IRA government following the results of the 2019 presidential elections has not yet had a significant impact on the dynamics of bilateral relations.

“At the same time, we positively assess the sending by official Kabul of delegations of the IRA Government and the High Council for National Reconciliation to participate in the meeting of the expanded troika on March 18 this year. We hope that this fact is evidence of a change in the approaches of the IRA leadership to Moscow’s efforts on the track of Afghan national reconciliation, including within the framework of the expanded troika,” Kabulov said.

Kabulov refrained from the comments on what caused distancing between Moscow and Kabul after Ashraf Ghani took the Afghan presidential office, saying, “I recommend that you address it to the head of the IRA himself.”

“In addition, the organization of such an event means reaching a certain stage in relation to the two countries and bringing them to a qualitatively new level. We believe that it is currently premature to talk about organizing the visit of the president of the IRA to Moscow. Considerable preparatory work is needed for its implementation,” he said.

Speaking about the Taliban’s popularity among the Afghan population, Zamir Kabulov advised looking for its reason for mistakes made by the Afghan government and the international forces supportive of it.

“The reason for the support of the Taliban movement by a significant part of the country’s population, we believe, should be sought in the mistakes of the policy of the Afghan leadership and the international forces that support it. For almost 20 years, they have failed to create a stable, self-sufficient government in Afghanistan that would effectively address the issues of ensuring security and improving the well-being of the country’s population.

“Judge for yourself, in mid-March of this year, the US Special Inspector General for the Reconstruction of Afghanistan John Sopko said that 80% of the IRA’s budget is funded by international donors. About 60% of the country’s population lives below the poverty line,” Kabulov said.

As for the US policy on Afghanistan, “there is high uncertainty about possible adjustments to the US-Afghan line under the administration of Joe Biden,” the envoy said.

“The Americans themselves openly say that no decisions have been made in the Afghan direction, whether it is a common political line or the issue of the withdrawal of troops,” he added.

Russia expects the Doha Agreement will remain effective and both signatories – the US and the Taliban – are committed to its implementation.

“We consider this document an important stage on the way to achieving a peaceful settlement in Afghanistan. A breakdown of the deal would be highly undesirable and would set us back several steps in the process of achieving sustainable national reconciliation in the IRA, and in the worst case could lead to a new round of escalation of armed violence,” he said.