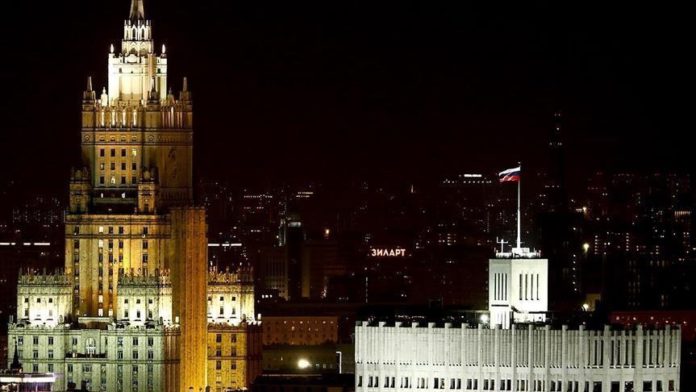 The Foreign Ministry said in a written statement that the diplomats from Sweden, Poland and Germany have to leave Russia in the earliest time.

The relevant notes were handed to the heads of the diplomatic missions of these countries, it added.

“The diplomats were protested in connection with the recorded participation of diplomatic staff of the Consulates General of the Kingdom of Sweden and the Republic of Poland in Saint Petersburg and the Embassy of the Federal Republic of Germany in Moscow in illegal demonstrations on January 23, 2021. It was stressed that such actions on their part are unacceptable and do not correspond to their diplomatic status,” read the statement.

The Russian side expects that in the future the diplomatic missions of Sweden, Poland and Germany, and their personnel will strictly follow the norms of international law, it added.

On Jan. 23 and 31, Russia saw a number of rallies, which were not authorized by authorities, in support of opposition politician Alexey Navalny. According to the human rights activists, over 5,000 people were detained across the country, with most of them in the capital Moscow, 1,608 people, and 1,122 in Saint Petersburg, the second-largest city.

In 2014, Navalny was convicted for fraud and embezzlement but his sentence was suspended and replaced with six years of probation.

He was arrested in Moscow upon his return on Jan. 17 from Germany where he had received treatment after an alleged poisoning, of which the German authorities claimed the cause as Novichok nerve agent.