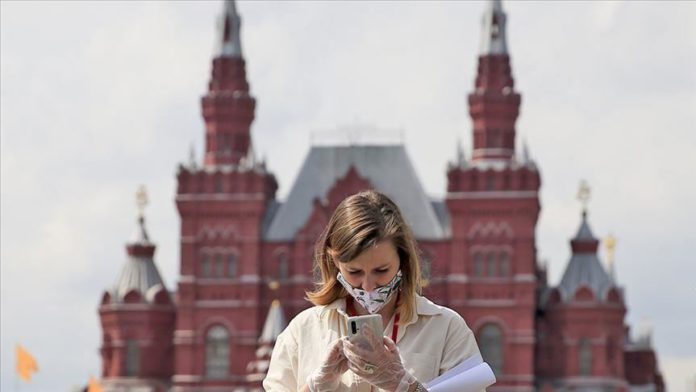 Daily cases of coronavirus infection in Russia has remained above 6,000 for the third week in a row, an official report revealed on Monday.

Another 6,537 infections were registered in the country over the past 24 hours, bringing the current overall count to 733,699, the country’s emergency task said in a daily report.

Meanwhile 2,960 more people were discharged from hospitals in the past day, taking recoveries to 504,021.

The fatalities climbed to 11,439 after 104 more people died over the same period.

Russia continues hampering testing to detect infections at early stages. As of Monday, more than 22 million tests have been run in the country.

On Sunday, trials of one of the vaccines against the coronavirus have “successfully completed,” said Vadim Tarasov, a top official at the First Moscow State Medical University, adding the first group of volunteers will be discharged from hospital on July 15.

Other vaccines, including a special vaccine for children, are being tested in several laboratories throughout the country.

Since originating in China last December, the COVID-19 pandemic has claimed almost 570,000 lives in 188 countries and regions.

Nearly 13million cases have been reported worldwide, while over 7.11 million patients have recovered so far, according to figures compiled by the US’ Johns Hopkins University.