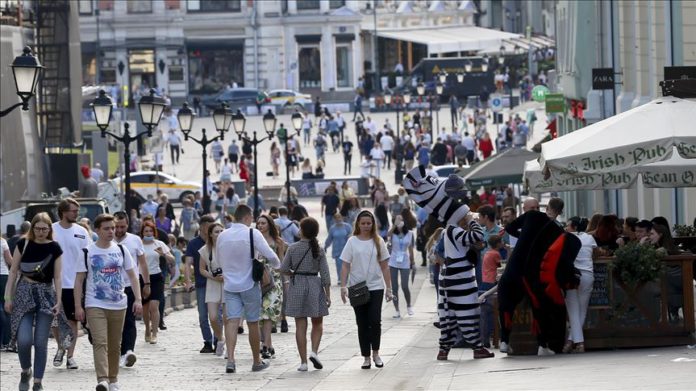 With new coronavirus figures reported on Friday, recoveries from the virus outnumbered new cases in Russia for the fourth day in a row.

Over the last 24 hours, 7,972 cases were registered in the country while 10,443 people recovered, the country’s emergency task force said in a daily report.

Meanwhile, the virus claimed lives of 181 people since yesterday, raising the death toll to 7,841, it added.

Moscow records the highest number of cases but now it accounts only for about 15% of all single-day cases, while in the beginning of the outbreak its share mounted to 60%.

Russia’s northern and least populated Nenets Autonomous Okrug became the first region in the country where no cases were registered for two days in a row.

Since originating in China last December, the pandemic has claimed over 454,200 lives in 188 countries and regions. The US, Brazil and Russia are currently the world’s worst-hit countries.

More than 8.5 million cases have been reported worldwide, while nearly 4.17 million patients have recovered so far, according to figures compiled by the US’ Johns Hopkins University.