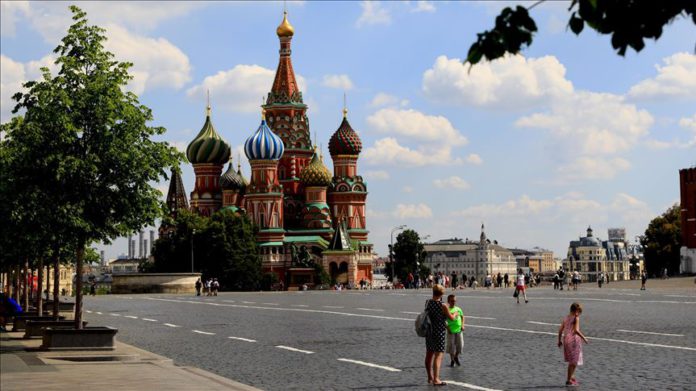 Daily new cases of the novel coronavirus in Russia have kept below 7,000 for the past two weeks, according to health officials.

The capital Moscow, which accounted for more than half of daily cases at the onset of the pandemic, on Tuesday reported a record low proportion of only 568 of nationwide additional cases.

Meanwhile, the situation remains critical in Saint-Petersburg, which has the greatest mortality rate in the country with 5.7%, followed by the North Caucasian republic of Dagestan with 4.86% and the Tver region with 2.3%.

Commenting on the situation, Kremlin spokesman Dmitry Peskov noted that though the spread of the coronavirus continued, there was “a trend of improvement.”

“The dynamics in Russia’s regions still differ. Accordingly, the powers of the heads of regions are expanded [in the fight against coronavirus to handle the situation properly],” Peskov said.

Late on Wednesday, the Health Ministry approved one more medication for COVID-19 treatment in addition to two recommended earlier.

Russia continues widespread testing to identify new cases and detect how many people have developed antibodies after being exposed to the virus.

Clinical trials are expected to finish on July 15 with a first group of volunteers for one of several COVID-19 vaccines being tested in Russia.

In June, most lockdown measures were eased throughout the country, including the capital Moscow, while the Federal Air Transport Agency extended its ban on international flights until Aug. 1.

Russia has been wrestling with two major outbreaks: One in Moscow, which has passed its viral peak, and the second in other regions, which are continuing to see rising figures.

Since originating in China last December, the pandemic has claimed nearly 550,000 lives in 188 countries and regions.

More than 12 million cases have been reported worldwide, including more than 6.5 million recoveries so far, according to figures compiled by the US’ Johns Hopkins University.