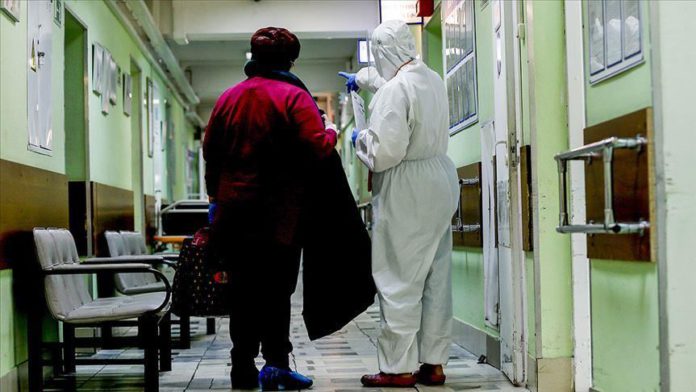 With 8,666 daily recoveries from the novel coronavirus confirmed on Thursday, the number of people cured of COVID-19 in Russia is now more than 200,000.

In total, 204,623 people have recovered from the virus since the beginning of the pandemic, the country’s emergency task force said in a daily report.

Daily cases were below recoveries for a second day as 8,831 people were tested positive in the last 24 hours, bringing the tally to 441,108.

On Tuesday, Prime Minister Mikhail Mishustin announced a three-phase plan to overcome the economic downturn caused by the pandemic.

It aims to stabilize the situation by the end of this year’s third quarter, completely restore the economy by the second quarter of 2021 and achieve sustainable long-term economic growth by the third and final phase.

The government has yet to decide on a resumption of travel and tourism via air or railway traffic which remain suspended as borders are still closed to foreign entry.

Two top Russian officials are being treated for the coronavirus, while four others, including Mishustin, have recovered. The pandemic has claimed more than 386,00 lives in 188 countries and regions since first being reported in China last December. The US, Brazil and Russia are currently the world’s worst-hit countries.

Some 6.52 million cases have been reported worldwide. As many as 2.8 million people have recovered so far, according to figures compiled by the US’ Johns Hopkins University.