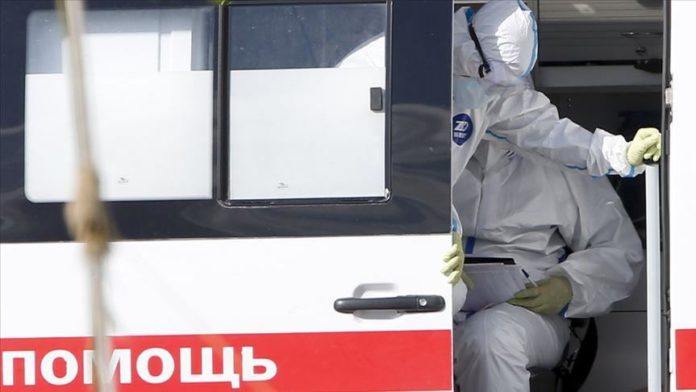 The coronavirus lessened its grip on Russia as the country on Sunday registered less than 10,000 new cases for the second day in a row.

Over the last 24 hours, the death toll rose to 2,631 after the infection claimed the lives of 94 more people, it said in a statement.

During the same period, recoveries increased by 4,207 and equate to 63,373 now, while more than 262,000 people stay under medical surveillance with the suspected virus, it added.

More than 6.9 million tests were carried out to date, in an attempt to detect the infection at early stages when it is less contagious.

Despite strict measures, which include lockdown of capital Moscow, ban for entry of foreigners and stateless people, and suspension of international air and railway traffic, Russia is the second-worst coronavirus-hit country in terms of the number of cases.

The pandemic has claimed 312,000 lives in 188 countries and regions since originating in China last December.

More than 4.65 million cases have been reported worldwide and over 1.69 million people have recovered to date, according to figures compiled by the US’ Johns Hopkins University.

UNSC will not lift sanctions from Taliban: Russian envoy