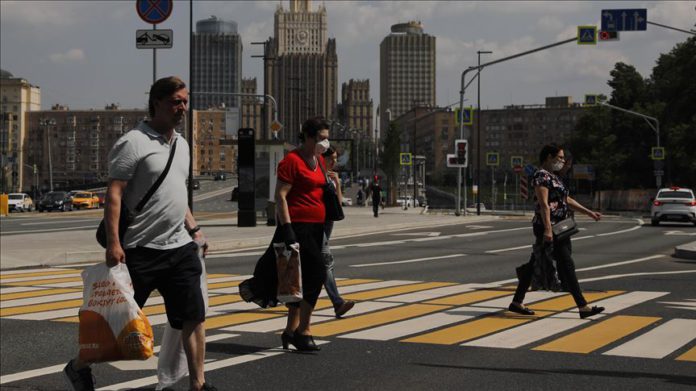 The total number of coronavirus cases in Russia rose to 545,458 on Tuesday, as 8,248 more infections were registered in the country over the last 24 hours.

During the same period, the virus claimed 193 lives, raising the death toll to 7,284, the country’s emergency task force said in a daily report.

Mishustin said Moscow and a number of other regions are “showing positive trends,” adding the outbreak occurred later in some parts of the countries and the cases there are still “on the high side.”

The premier added that about 300,000 tests per day are performed in the country, taking the number to tests in the country to more than 15 million.

He praised Russia as “one of the global leaders” by the number of tests and the first country that is not cutting down on tests even after the pace of the infection began to slow down.

He explained that testing is important for evaluating the entire picture, and above all, to reduce the number of severe cases.

Simultaneously with the fight against coronavirus cases, the Russian authorities undertake measures to boost the economy.

Since originating in China last December, the pandemic has claimed over 437,100 lives in 188 countries and regions. The US, Brazil and Russia are currently the world’s worst-hit countries.

More than 8.04 million cases have been reported worldwide, while nearly 3.89 million patients have recovered so far, according to figures compiled by the US’ Johns Hopkins University.