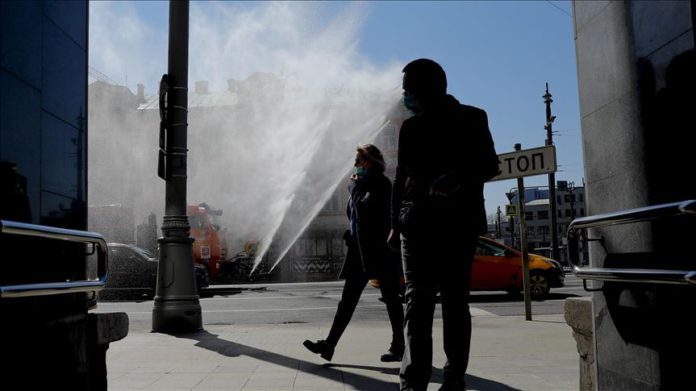 Russia on Monday confirmed a new one-day record number of coronavirus cases with 11,231 people who tested positive, taking the overall figures to 177,160.

The death toll rose to 1,625 as 88 more people died over the last 24 hours, while 2,476 recovered and were discharged from hospitals, the country’s emergency team said in a daily report.

More than 4,000 patients are in difficult condition, including 1,500 staying in intensive care, and 231 under medical surveillance with the suspected infection, it added.

To date, 4.8 million tests have been carried out in Russia aiming to diagnose the illness at early stages when it is less contagious.

Despite strict measures, including a lockdown of the capital Moscow, ban on entries by foreigners, and suspension of international air and railway traffic, Russia has become fifth in the world by the number of cases, topping 177,000.

Meanwhile, a decision is expected later this week on lifting restrictions to counter the virus’ spread starting on May 12.

The pandemic has killed nearly 264,000 people worldwide, with total infections over 3.75 million, while recoveries of almost 1.25 million, according to figures compiled by the US’ Johns Hopkins University.