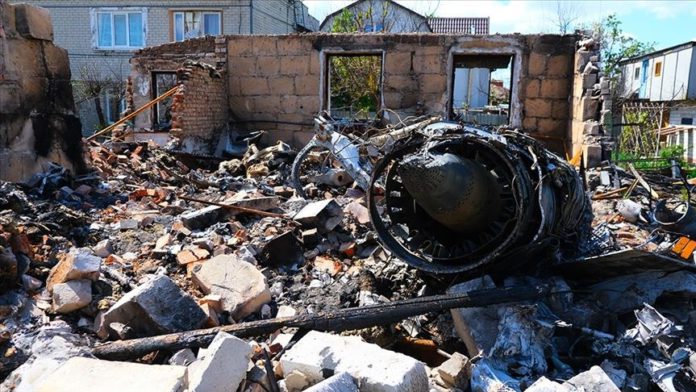 The Russian Defense Ministry claimed on Friday that one Ukrainian MiG-29, eight unmanned aerial vehicles, and a ballistic missile were shot down by air defense systems Thursday night.

The rocket forces and artillery struck 77 control points, 412 areas of concentration of manpower and military equipment, 53 artillery firing positions, and a pontoon crossing over the Seversky Donets River.

“In total, 180 aircraft, 127 helicopters, 1,027 unmanned aerial vehicles, 324 anti-aircraft missile systems, 3,281 tanks and other armored combat vehicles, 438 multiple rocket launchers, 1,693 field artillery and mortar guns, as well as 3,218 units of special military vehicles have been destroyed since the beginning of the special military operation,” he said.

At least 3,998 civilians have been killed and 4,693 injured since the Russia-Ukraine war began on Feb. 24, according to UN estimates. The true toll is believed to be much higher.

Nearly 6.6 million people have fled to other countries, while more than 7.7 million have been internally displaced, according to the UN refugee agency.