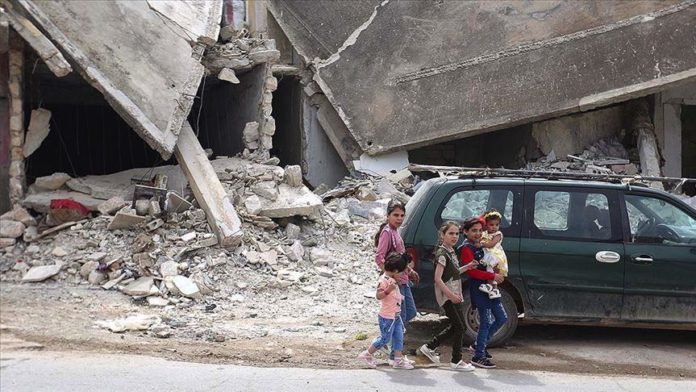 Amid Syria’s devastating civil war, Russia and China’s UN Security Council vetoes to help the Assad regime have caused the deaths of “nearly a quarter of a million Syrians and the arrest of nearly 150,000 others,” according to a human rights group.

“The Security Council’s most serious and potentially effective draft resolutions in deterring the Syrian regime have been repeatedly thwarted by Russia and China through the use of their veto power in defense of the Syrian regime,” said the report by the Syrian Network for Human Rights (SNHR) on Friday, linking each veto to a rising civilian death toll.

In the Security Council meetings, Russia vetoed 16 times in favor of the regime, including 10 joint vetoes with China.

These vetoes for the regime contributed to “an alarming increase in the extent of its atrocities,” said the report, giving a timeline of Russia and China’s vetoes for the Assad regime.

“Russia and China have used their veto six times to protect the Syrian Regime in its repeated use of chemical weapons, and three times to prevent the delivery of UN aid,” it also said.

Earlier this month Russia and China vetoed extending approval for humanitarian aid to Syria, finally allowing only one border gate to deliver aid, down from two previously.

August 8, 2020
DIYARBAKIR, Turkey A protest in southeastern Turkey against the YPG/PKK terror group entered its 341st day on Saturday, with parents demanding the return of their...