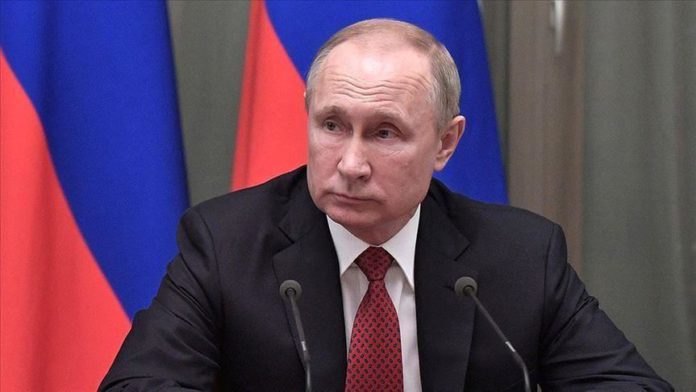 President Vladimir Putin stressed the need for a videoconference of the heads of the UN Security Council’s (UNSC) permanent member states, along with the leaders of Iran and Germany.

“The goal is to outline steps to avoid confrontation and aggravation of the situation in the UN Security Council regarding the Joint Comprehensive Plan of Action (JCPOA),” read a statement released by the Kremlin.

He explained that the urgency for the meeting was due to rising tensions around the Iran issue in the UNSC, saying “baseless accusations” were being voiced against Iran and “draft resolutions aimed at destroying previous unanimous decisions of the Security Council” were being developed.

Putin said the signing of the JCPOA in 2015 was a major political and diplomatic achievement, which made it possible to avert the threat of armed conflict and strengthened the nuclear non-proliferation regime.

He emphasized that Russia remains “fully committed” to the deal.

“In this region, as in any other part of the world, there should be no place for blackmail and dictate from anyone. Unilateral approaches to finding solutions do not help,” said Putin.

“When building a complete security structure in the Persian Gulf zone, it is important to preserve the positive “baggage” that we managed to accumulate earlier at the cost of considerable efforts.”

He said any problems could be resolved if all sides “approach each other’s positions with due attention and responsibility, act respectfully and collectively.”

The Russian president stressed the importance of preserving the JCPOA, warning of higher risks of conflict if the deal falls through.

“We also suggest that during the meeting of the leaders, they agree on the parameters for joint work in order to promote the formation of reliable security and confidence-building mechanisms in the Persian Gulf region,” read the statement.

“This can be achieved if we combine the political will and creative energy of all our countries and countries in the region.”

Signed between Iran and P5+1 countries – the US, UK, France, China, Russia, and Germany – the JCPOA curbed Iran’s nuclear activities in return for lifting of sanctions.

The US withdrew from the agreement in May 2018, sparking gradual cutting of obligations by Iran, who accused European signatories of delaying implementation of their responsibilities under the deal.

In June, US Secretary of State Mike Pompeo urged the UNSC to extend an arms embargo on Iran, warning that lifting it would risk stability in the Middle East.

Iranian Foreign Minister Javad Zarif responded by saying that ending the arms embargo in October was an “inseparable part” of the JCPOA, and any attempt to change the timeline would be a violation of the entire agreement.