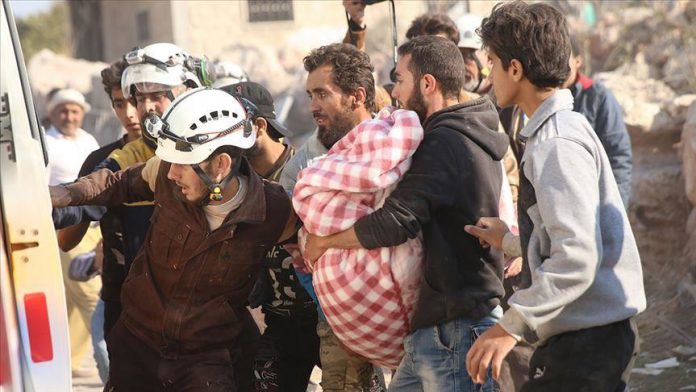 At least three civilians were killed and five others injured in airstrikes by the Syrian regime and its Russian allies on the northwestern province of Idlib, local sources said Monday.

The airstrikes also left a district hospital, a mosque and some houses heavily damaged, said the sources who asked not to be named for fear of reprisal.

Ali Hessum, the hospital’s director, said the facility was serving 6,000 patients at a time.

“The hospital has become completely out of service. It was providing free medical treatment to locals in general surgery, urology, x-ray, emergency service, pediatrics and gynaecology

Police seize over 180 kg of heroin in eastern Turkey