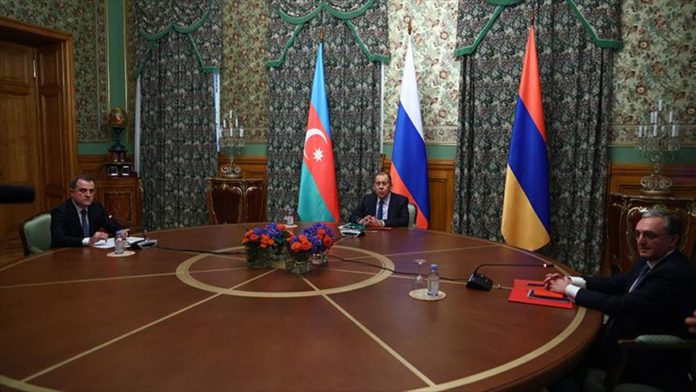 A trilateral consultation meeting between Russia, Azerbaijan and Armenia over the Upper Karabakh conflict started in Moscow on Friday.