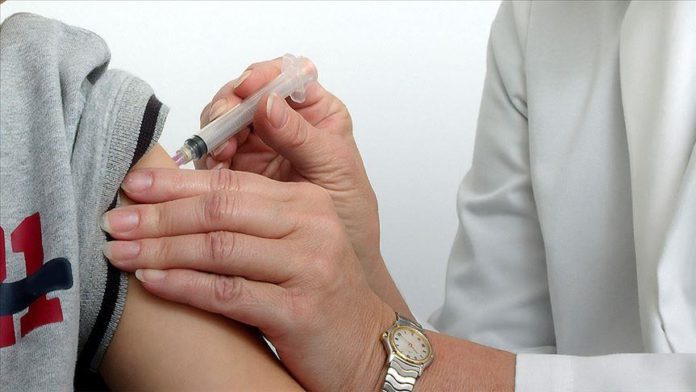 The Russian Gamaleya Research Center and British-Swedish multinational pharmaceutical company AstraZeneca signed on Monday a memorandum on cooperation in the fight against coronavirus.

At a virtual meeting between Moscow and London, the representatives of AstraZeneca and Russian Gamaleya Center, R-Farm pharmaceutical company and Direct Investment Fund (RDIF) agreed to work together, including in the development of COVID-19 vaccine.

Russian President Vladimir Putin, who took part in the meeting, welcomed the decision, saying “combining scientific forces, technologies, and investments can serve as a good example.”

Putin stressed that AstraZeneca and Russia implement the recommendations of the World Health Organization (WHO) and the G20 that urged the global society to unite forces in taking the virus down.

Putin welcomed the start of clinical studies on the possibility of combined use of vaccines developed separately by AstraZeneca and Gamaleya Center.

“Such cooperation can give a powerful result, synergy both to increase the efficiency, reliability of the vaccination itself, the vaccine itself, and for its greater availability through the introduction of various vaccination schemes, as well as the organization of modern production and logistics,” Putin said.

“I would like to congratulate the Russian scientists of the Gamaleya Institute as well as the RDIF, on the development of the world’s first COVID-19 vaccine, which has recently demonstrated not only a capability to form an immune response, but also effectiveness and protection against hospitalization,” he said.

The combination of Sputnik V and AstraZeneca coronavirus vaccines will ensure the flexibility of the vaccination program, Soriot added.

Russia became the first country in the world to register a coronavirus vaccine for public use and, the country also was first to launch a mass vaccination against COVID-19.

The vaccine, named Sputnik V, is to be administered through two injections and currently authorized for people aged between 18 and 60 and can be combined with other antigens, including those used against the flu.

The Russian authorities expect to stem the spread of the infection, which has been accelerating with the beginning of the autumn-winter season, with daily cases jumping from 5,000-plus in September to over 28,000 in December.

According to the epidemiologists, to overcome the peak and to reach a stable decrease, the daily increase in new cases has to be in the range of 24,000 – 27,000.

However, so far this condition has not been met, the daily cases in recent weeks were over 28,000 and on Monday, Russia registered a new record number of daily coronavirus cases, 29,350 people tested positive over the last 24 hours, taking the country’s tally to 2.87 million and active cases to 531,014.

Currently, Russia’s overall case tally is the fifth highest in the world, behind the US, India, Brazil, and France.

UK: Retired police officers asked to come back to work