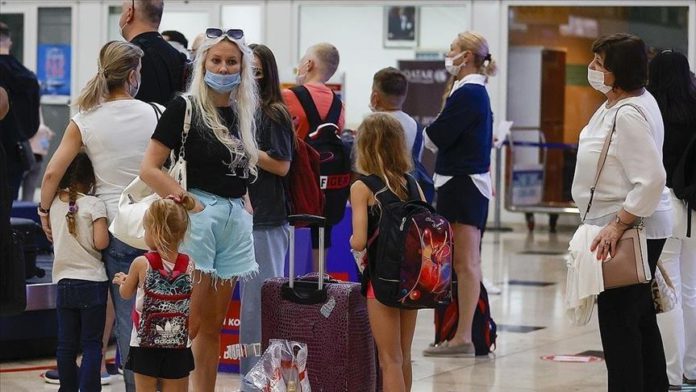 With a dramatic rise in COVID-19 cases recently, Russia on Thursday reported over 20,000 daily infections, the biggest daily spike since January 24.

According to the country’s coronavirus emergency task force, 20,182 new infections were registered over the past day, bringing the nationwide tally to 5.38 million, including 341,617 active cases.

Also increasing were the fatalities as 568 people died in the past 24 hours – the highest daily toll since Jan. 28. The coronavirus death toll across Russia has reached 131,463, while recoveries stand at 4.91 million with 13,505 added.

Additional measures were announced in the capital Moscow, including restrictions for visiting eateries, entertainment and sports venues.

Since December 2019, the pandemic has claimed nearly 3.9 million lives in 192 countries and regions, with more than 179.6 million cases reported worldwide, according to the US’ Johns Hopkins University.

The US, India and Brazil remain the worst-hit countries.