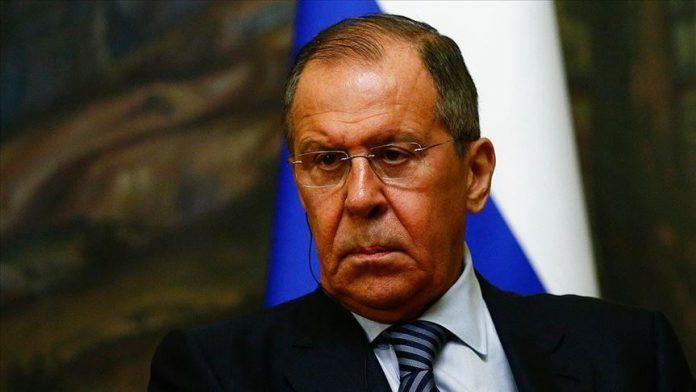 Russia accused the U.S. on Tuesday of attempting to separate Syria from its oil-rich regions.

Speaking at the second Paris Peace Forum in the French capital, Foreign Minister Sergey Lavrov alleged that Washington pushed Gulf countries to finance the creation of a quasi-state, based on the PYD and SDF terror groups, on the eastern bank of the Euphrates river.

“On the eastern bank of the Euphrates River, they [the U.S.] built quasi-state structures and asked the Gulf countries to invest heavily so they could create a local administration based on the Syrian Democratic Forces [SDF], Kurdish PYD and others with the very blunt intention to separate this part of Syria and to control the oil fields there,” Lavrov said.

In its more than 30-year terror campaign against Turkey, the PKK — listed as a terrorist organization by Turkey, the U.S. and the European Union — has been responsible for the deaths of 40,000 people, including women, children, and infants. The YPG/PYD is the PKK’s Syrian offshoot.

Read more: Russia accuses US of creating 'quasi-state' in Syria