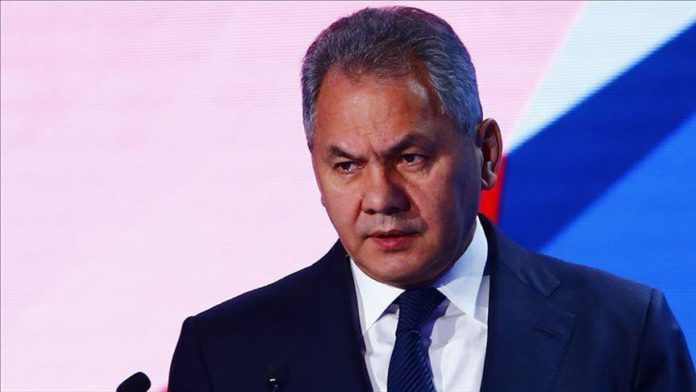 The US is moving its troops to Russia’s borders, a top Russian official said on Tuesday.

Over 40,000 people and 15,000 units of military equipment and weapons will be deployed on Russia’s western border in the near future, Defense Minister Sergey Shoygu said in a video conference with other military chiefs in the northern city of Severodvinsk.

The minister accused the US and its allies of carrying out active military activities “with a clear anti-Russian orientation,” including up to 40 major military training events in Europe every year.

“In the spring of this year, the joint armed forces of NATO began the largest exercise in the last 30 years, Defender Europe 2021,” he said.

According to Shoygu, Russia redeployed two army and three airborne units to its western border “to counter the threat.”

Earlier on Tuesday, NATO chief Jens Stoltenberg called on Moscow to withdraw its forces from the Ukrainian border.

“Russia must end this military build-up in and around Ukraine, stop its provocations, and de-escalate immediately,” he said at a joint news conference with Ukraine’s Foreign Minister Dmytro Kuleba.

According to Stoltenberg, Moscow has sent “thousands of combat-ready troops to Ukraine’s borders” and the movement is “the largest massing of Russian troops since the illegal annexation of Crimea in 2014.”

“Russian military forces at the Ukrainian border have to withdraw. We are seriously concerned by the ongoing developments and NATO is monitoring the situation very closely,” Stoltenberg said, reaffirming NATO’s support for Ukraine.

The conflict in the southeast of Ukraine has escalated in recent weeks, with Kyiv and separatists blaming each other for violating a truce.

Ukraine has also accused Russia of sending troops to the border, while Moscow says its moves are in response to “Kyiv’s provocative actions.”

* Agnes Szucs contributed to this story from Brussels