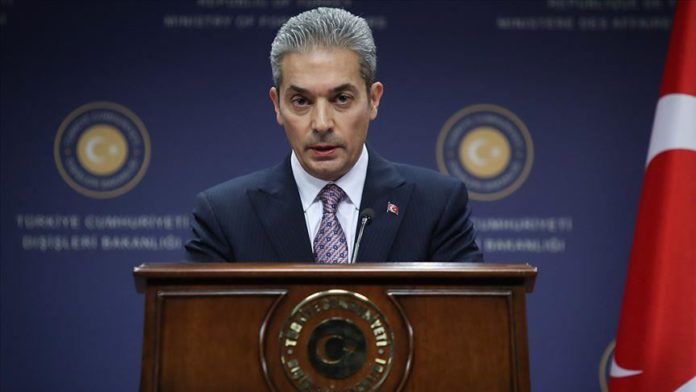 Turkey said on Friday that the regulation regarding the use of privately owned property within the British Sovereign Bases in Cyprus, “ignored the Turkish Cypriots once again.”

In 2014, a regulation regarding the use of privately owned property within the British Sovereign Bases was signed between the Greek Cypriot administration and the UK, and it has entered into force.

“As we mentioned at the time of signing of this agreement, it is unacceptable that Turkey as a guarantor and the Turkish Cypriot side that signed the 1960 Treaties were not consulted timely on the content of this regulation, which entails a change of status in the base areas,” Hami Aksoy, a spokesman for the Foreign Ministry, said in a statement.

“The United Kingdom, who is a guarantor, has ignored the Turkish Cypriots once again with the implementation of this regulation and damaged the balance between the parties on the island, the principle of political equality and therefore efforts towards the settlement of the Cyprus issue,” he added.

In these areas, not only Greek Cypriots but also Turkish Cypriots have immovable properties, as well as indispensable rights and interests, Aksoy stressed, and expressed Turkey’s support for the statements of the Turkish Republic of Northern Cyprus (TRNC) authorities on this matter.