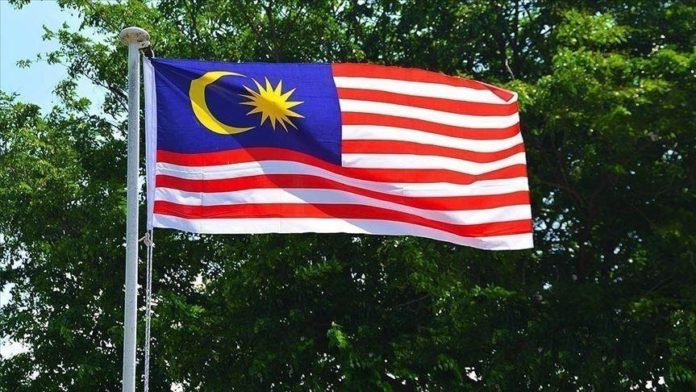 A political crisis in Malaysia has brought Prime Minister Muhyiddin Yassin’s power to a critical juncture after the king accused the government of violating the constitution by revoking the COVID-19 emergency law without his consent, a political analyst said Friday.

Azmi Hassan, a political expert from the Malaysian University of Technology, told Anadolu Agency violation of the king’s constitution has major political implications for Muhyiddin’s government, especially since the prime minister has a narrow lead in the parliament.

“If United Malay National Organization (UMNO) withdraws even just four or five of its members of parliament, it will be enough to overthrow Muhyiddin Yassin’s government,” Azmi said.

In Malaysian politics, a minimum of 112 members of the 222-seat parliament is required to form a government.

Muhyiddin rules with a narrow majority of 113 seats and leads a coalition that has been unstable since coming to power in March 2020.

Out of the 113 seats, about 17% belong to UMNO, which is the government’s biggest ally.

Vice president of UMNO, Mohamed Khaled Nordin, proposed the formation of an interim government as a way out of a conflict between the government and the monarch’s institution.

“UMNO will not and should not be dragged into this conflict. UMNO’s commitment since its inception has been to defend the King’s institution,” Nordin said in a statement published on Friday.

Anwar Ibrahim, the main opposition figure, said he had filed a no-confidence motion against Muhyiddin and claimed that the majority of lawmakers no longer supported the prime minister.

Azmi said the political crisis in Malaysia opened up opportunities for UMNO and the opposition Pakatan Harapan to form a new coalition government as the two blocs have equally strong positions.

Pakatan Harapan is an alliance of three Malaysian opposition political parties led by Anwar, he is also the chairman of the People’s Justice Party, with 89 seats in the parliament.

“Both UMNO and Pakatan Harapan cannot form a new government without forming a coalition,” he added.

Azmi said this situation became a dilemma for UMNO because, with only 38 seats in the parliament, it was not strong enough to become a “kingmaker” in forming a new government.

“They need Pakatan Harapan’s support. At least from one ally of the coalition, namely the People’s Justice Party, chaired by Anwar Ibrahim,” he added.

In a rare public rebuke, the king of Malaysia on Thursday criticized the government for lifting emergency COVID-19 regulations without his approval, sparking calls for the country’s crisis-hit premier to step down.

This is the first time that the revered monarch has openly criticized Muhyiddin Yassin’s government, mounting further pressure on a ruling coalition already dealing with internal rifts.

Law Minister Takiyuddin Hassan declared earlier this week that the government will revoke all emergency laws and not ask the king to extend the COVID-19 emergency ending on Aug. 1.

The sudden announcement sparked fear and anger in a country that, like many others in Southeast Asia, is in the midst of a growing COVID-19 wave driven by the highly infectious Delta variant.

Malaysia’s virus caseload is now above 1 million and the death toll over 8,700, with daily figures hitting record highs in recent days.

Malaysia is a constitutional monarchy in which the king has a largely ceremonial role, carrying out his duties with advice from the prime minister and Cabinet.

The king, however, also has the power to decide if an emergency should be declared.