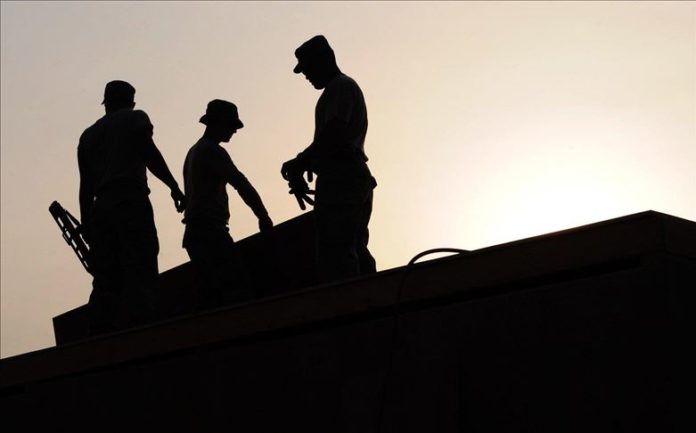 To give a fillip to the economy and help businesses to revive, various Indian states are diluting labor laws, triggering a row and debate over the rights of workers and the requirements of the industry.

About 122 million Indians have been forced out of their jobs last month due to lockdown enforced by the COVID-19 lockdown, according to estimates from a leading private-sector think tank.

Recently Prime Minister Modi has pledged a $265 billion stimulus package to shore up the economy. The government claims that the package coupled with soft labor laws will help industries to recover and generate employment opportunities.

The opposition and trade unions, however, describe the move an attack on the rights of workers and thus encouraging their exploitation.

India’s largest province Uttar Pradesh (UP) took a lead by issuing an ordinance to keep on hold most of the labor laws for the next three years. Two other states Madhya Pradesh and Gujarat have also followed the suit.

Under this ordinance, the laws about industrial disputes, wages of workers, occupational safety, workers’ health and working conditions, working hours, trade unions, and contractual and migrant laborers have been suspended.

The ordinance issued by Chief Minister Yogi Adityanath states that workers cannot approach courts in case of any dispute about their wages, working hours, and conditions.

Many Indian states have also increased the working period from eight to 12 hours per day. Punjab, a state ruled by opposition Congress is also considering changes in the state’s labor laws.

The central Indian state of Madhya Pradesh (MP) has proposed changes in the Factories Act, Industrial Disputes Act, and the Industrial Relations Act.

The government said various concessions were being provided to industries for the next 1,000 days (almost 3 years) in the wake of the situation arising out of the COVID-19 pandemic.

Seven opposition parties in a joint letter have sought the intervention of the President Ram Nath Kovind and asked him to reject the ordinance.

Workers are not slaves

“With the removal of the laws, workers can be treated like slaves. These changes will further endanger the lives of workers who are already in a pitiable state following the nationwide lockdown in force since March 24,” said the letter.

“You (UP government) are not ready to help the laborers. You are not giving any protective cover to their families. Now you are making laws to crush their rights. The laborers are makers of the country, not your hostage, “she said in her tweet.

Expressing concern, the trade unions have blamed the government for taking the cover of COVID-19 pandemic to weaken labor laws.

Uma Shankar Mishra, general secretary of Hind Mazdoor Sabha, one of the largest trade-union federations in India said has described the move to turn workers into bonded laborers.

“Even after having so many regulations, workers were being exploited by employers. But now the condition would become more difficult for them,” said Mishra Anadolu Agency.

According to the amendments incorporated in labor laws, the workers will not get the benefit of minimum wages, gratuity, and other allowances. Also, they can be retrenched at any time.

Prem Nath Rai, general secretary of the Center of Indian Trade Unions (CITU), said the new laws would inculcate a sense of insecurity among workers.

Defending dilution of laws, the government has said that the move will open avenues for investment once the lockdown period ends.

“With the changes in labor laws, we have opened new avenues of investment keeping in mind the interests of the workers. We want migrant workers returning from big cities to get employment,” said UP Labor Minister Swami Prasad Maurya.

Industries have also welcomed the move, saying it will help them to revive businesses after weeks of lockdown.

The trade body, Confederation of Indian Industries (CII) said since factories will face a labor shortage, it was prudent to increase working hours.

Association of All Industries (AOAI) said the changes in labor laws are very practical and would help attract new investment and revive defunct industries amid the pandemic.