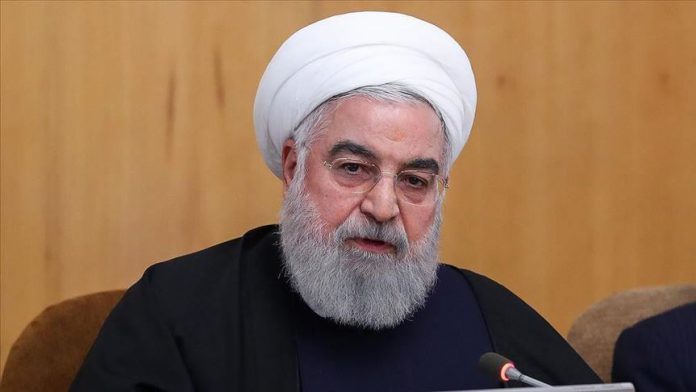 Iranian President Hassan Rouhani on Wednesday warned the U.S. and Europe against taking a “wrong” step in response to Iran’s decision not to abide by the nuclear deal, according to Iranian Mehr News Agency.

Rouhani asserted that “the U.S. and Europeans should come back to compliance [with the nuclear deal].”

The U.K., Germany, and France announced Tuesday that they would activate the dispute mechanism of the 2015 Iran nuclear deal due to Tehran’s continuous violations of the accord.

Iran announced, following the death of Gen. Qasem Soleimani in a U.S. airstrike in Baghdad, that it would no longer comply

Read more: Rouhani warns US, Europe against any 'wrong step'